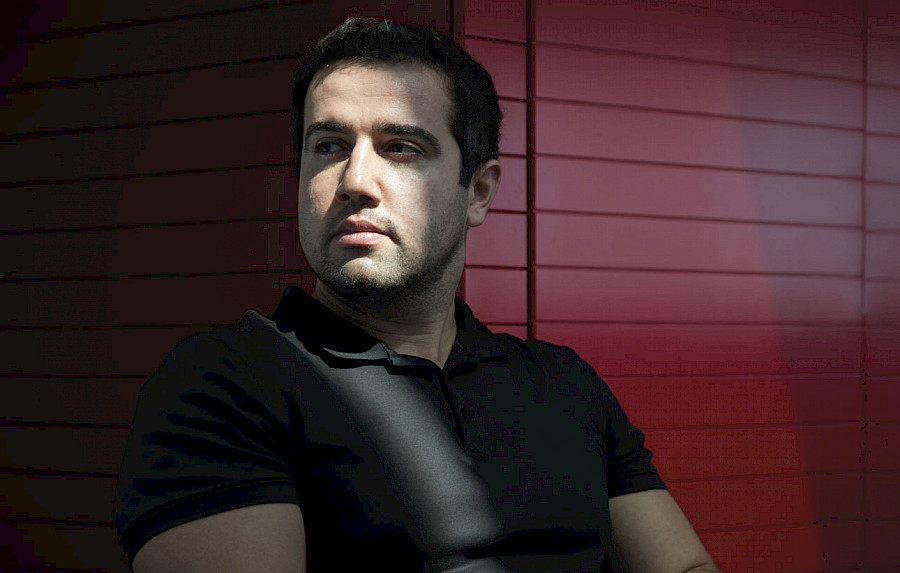 "Choose a job you love, and you will never have to work a day in your life" – said Confucius. These words suit our hero the best. In his 30 years he is considered as one of the most experienced world specialists on Autonomous Robotic Systems. Teymur shared with us his reason of leaving NASA, moving to Silicon Valley and then going to solitary voyage. 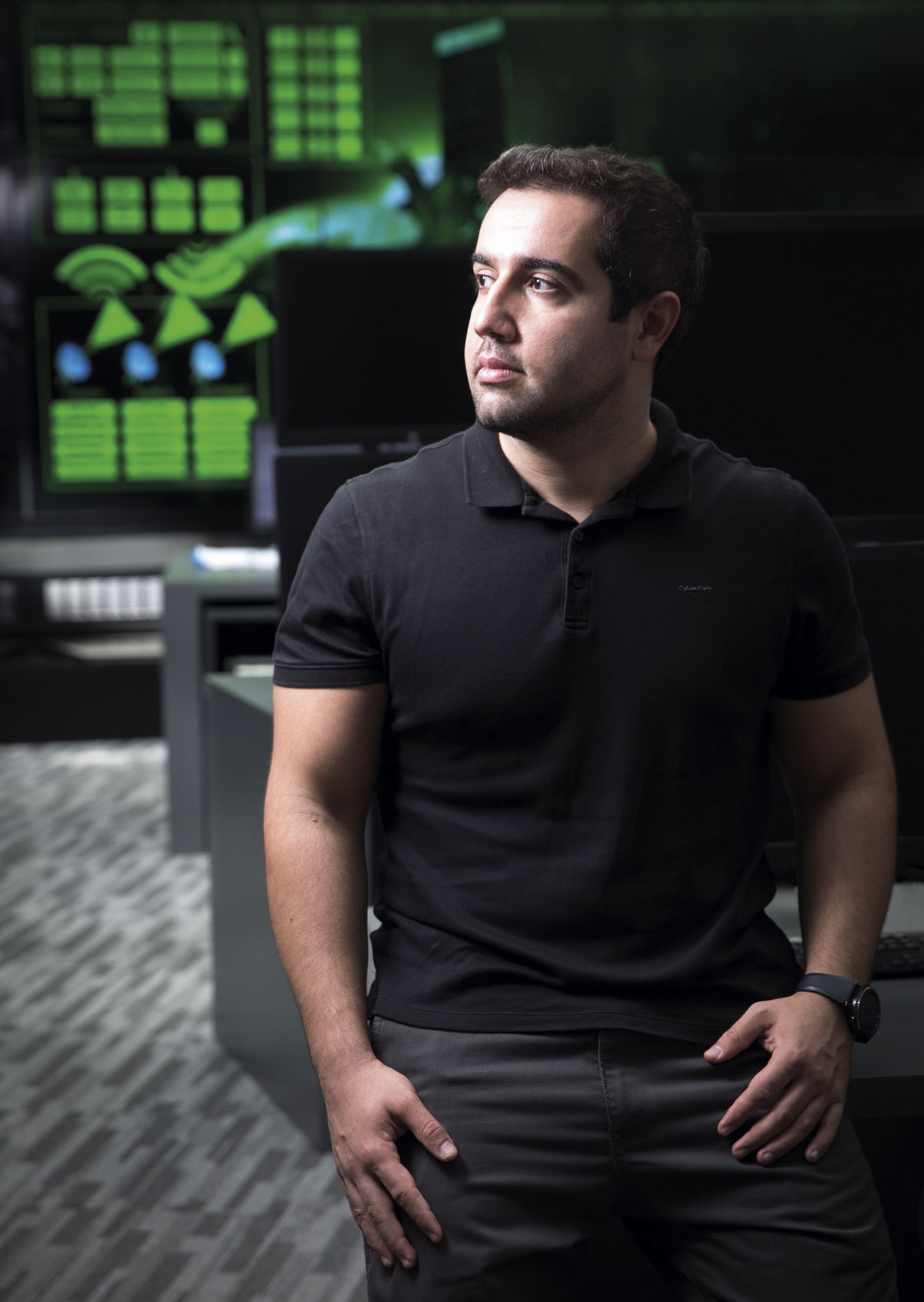 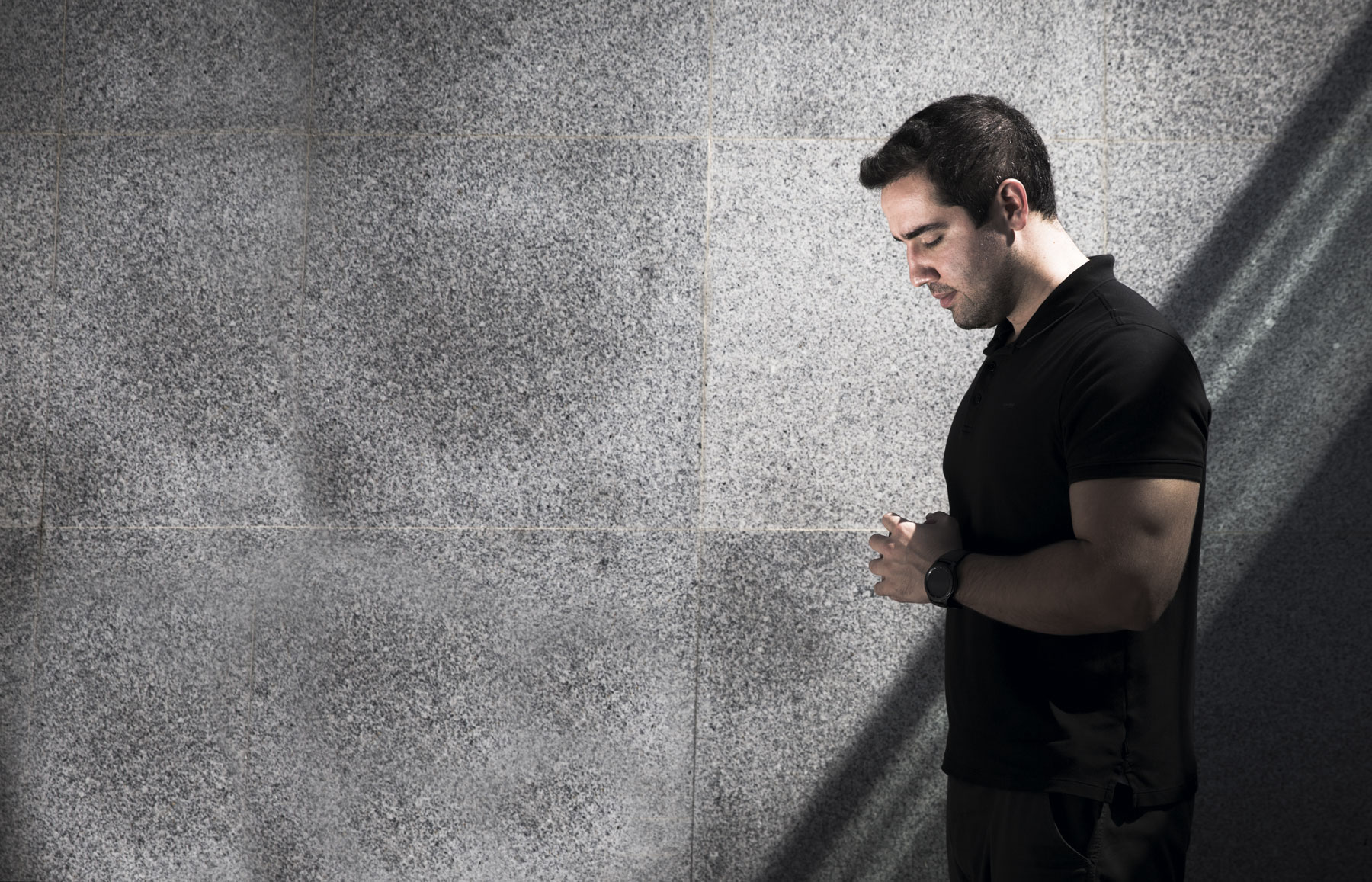 How you’ve been able to plan your life so conveniently?

No plans. I never built them, just did what was required from me. Call me the lucky, but something that seemed to someone as a heavy work, always became my favorite job.

I remember getting bored already in second grade. While my classmates learned how to add and subtract numbers, I already did complicated math calculations. That is why I was allowed to pass to fourth grade by skipping third. I always was demanding not only towards myself, but to teachers as well.

“Demagogue”, who did not want to run off from lessons with others, – this is who I was in the eyes of people around. But I wouldn’t call myself a nerd, buried up in books. For the record, I has other responsibilities as well: for example I was a head boy throughout the school years.

Who was your main mastermind during this period, if it’s not a secret?

My mentor in education was my uncle, physics professor at the university. Well, and parents always supported me with everything. It is very important to have an educated person in your environment who is capable of helping with the choice of priorities at the right time.

Parents wanted me to be either the doctor, or the lawyer. Who knows, maybe I would become one of them, if not my teacher who told me about the upcoming admission examinations in Istanbul Technical University. There was only one month left, and considering that I did not study with private teachers and mostly Turkish lyceums graduates in Baku applied to this university, the chances were low.

But they were anyway! As a result I was among the state fellows of two countries – Azerbaijan and Turkey. As funny as it sounded, I chose specialty on a hunch, and if to be completely honest – the title was attracting.

You made history of the university…

I did not set specific goals to myself, but I became the first graduate to finish studies with the highest point – 4.00 out of 4.00 possible. I will add with regret, that before my enrollment to the university there was a hidden stereotype about lazy Azerbaijani students, and it was pleasant for me to disprove the developed opinion, having become at the same time an incentive for other our guys. I hope, they still do not relax and represent our homeland with dignity.

With such attitude to study you must be spending all your free time with books?

Of course not! Besides feeling responsibility for Azerbaijani students before consulate, from the second year I started to actively participate in various scientific projects. I was beginning in the university lab, and later this formed my baccalaureate work on control algorithms of the aircraft’s shortened takeoff and landing. As a student I participated in development of algorithms for one of the F-35 aircraft types, but then I stopped. 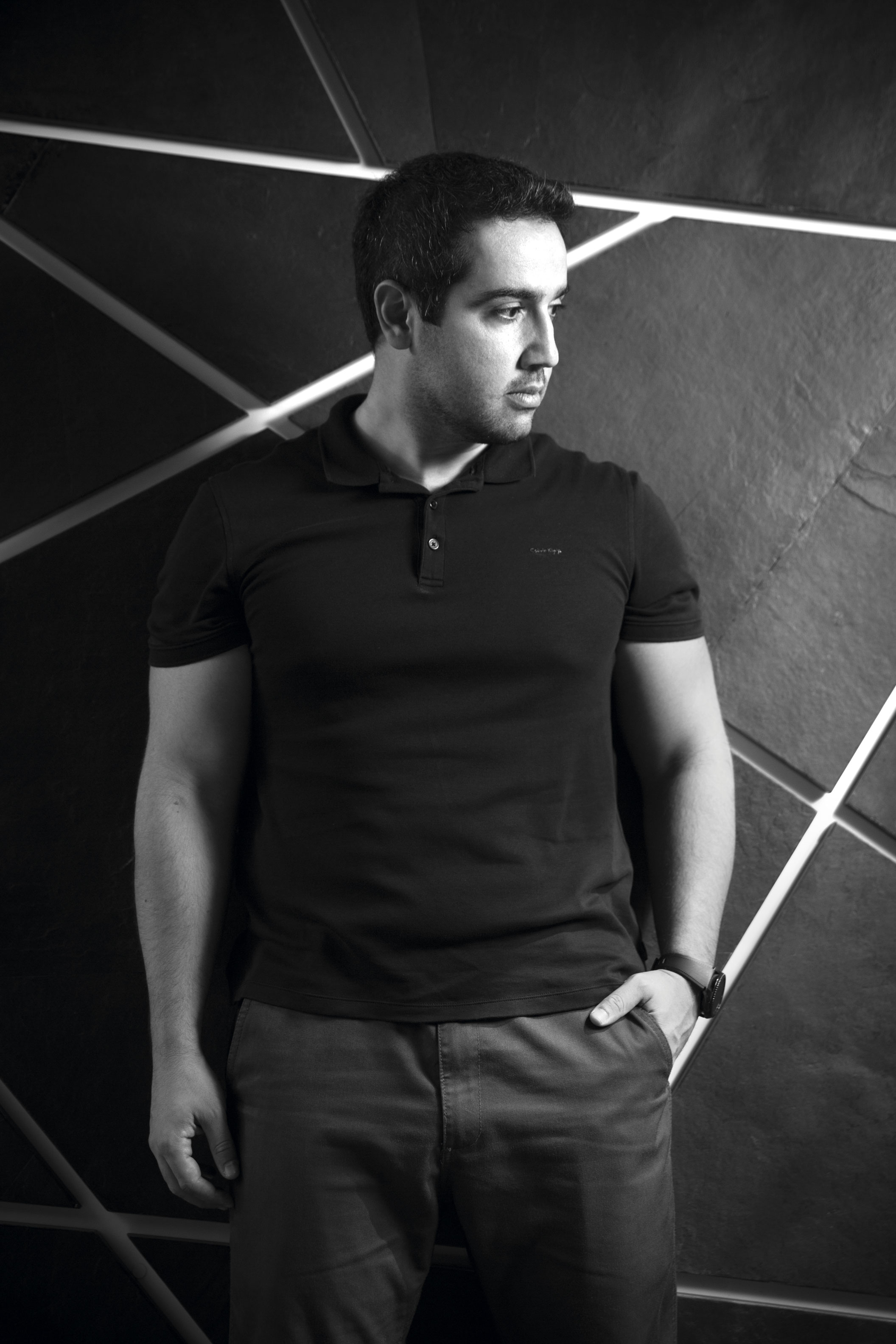 America, doctor's degree and scientific research requiring serious financing were waiting for me. I don’t know, if fortunately or not, but exactly there, over the ocean, a significant part of economy is based on research works. I was admitted to all ten universities where I submitted my application, and what is especially pleasant, all of them offered me a scholarship. But my choice stopped on the University of California in San Diego where I later obtained two years master of engineering sciences. Why this university? Everything is simple: I am not a fan of freezing in cold, and it’s warm in San Diego! Then followed transfer to the Georgia Institute of Technology and Ph.D, on Aerospace Engineering, Control and Robotics, in parallel I got the master's degree on mathematics. All academic degrees were with top marks…

Apparently, you are maximalist?

I once started interesting in playing a piano. Bought a keyboard and even learned couple melodies. If I were a maximalist, you would hear Beethoven‘s sonatas in my performance... But no, I am not. And I sold the keyboard. I do not think about the quality scale of work, I just do it how I can and want. If the result meets all expectations, then – that’s cool! So in my vision, I am quite an ordinary person.

What’s the secret of your time management?

There is no secret! One day lasts 24 hours and that’s not little, you can do anything if you wish. This is our laziness whispering: “There’s no enough time!”. All my life I did sports, participated in projects and still managed to study at the same time. Yes, sometimes I finished preparing for exams long after midnight, what, by the way, I don’t advise anybody...Perhaps, a secret is that I always tried to enjoy  life – only then comes the rush of power and energy necessary for certain tasks. I can give you an advice: before writing down on paper your goals, write in corner what makes you happy.

How did you get into NASA?

I was recommended. Being the doctoral student of Georgia Institute of Technology, I worked in United Technologies Research Center-Sikorsky Aircraft. We were developing an autonomous UAV system for Sikorsky helicopters. Just during this period representatives of NASA addressed to the university searching for experts with experience of participation in development of similar systems. So I ended up in National Aeronautics and Space Administration where I joined a group of robotic studies of their research center. We conducted scientific researches on self-driving Hummers, I worked on localization of self-driving cars software. Then two years later I left NASA. 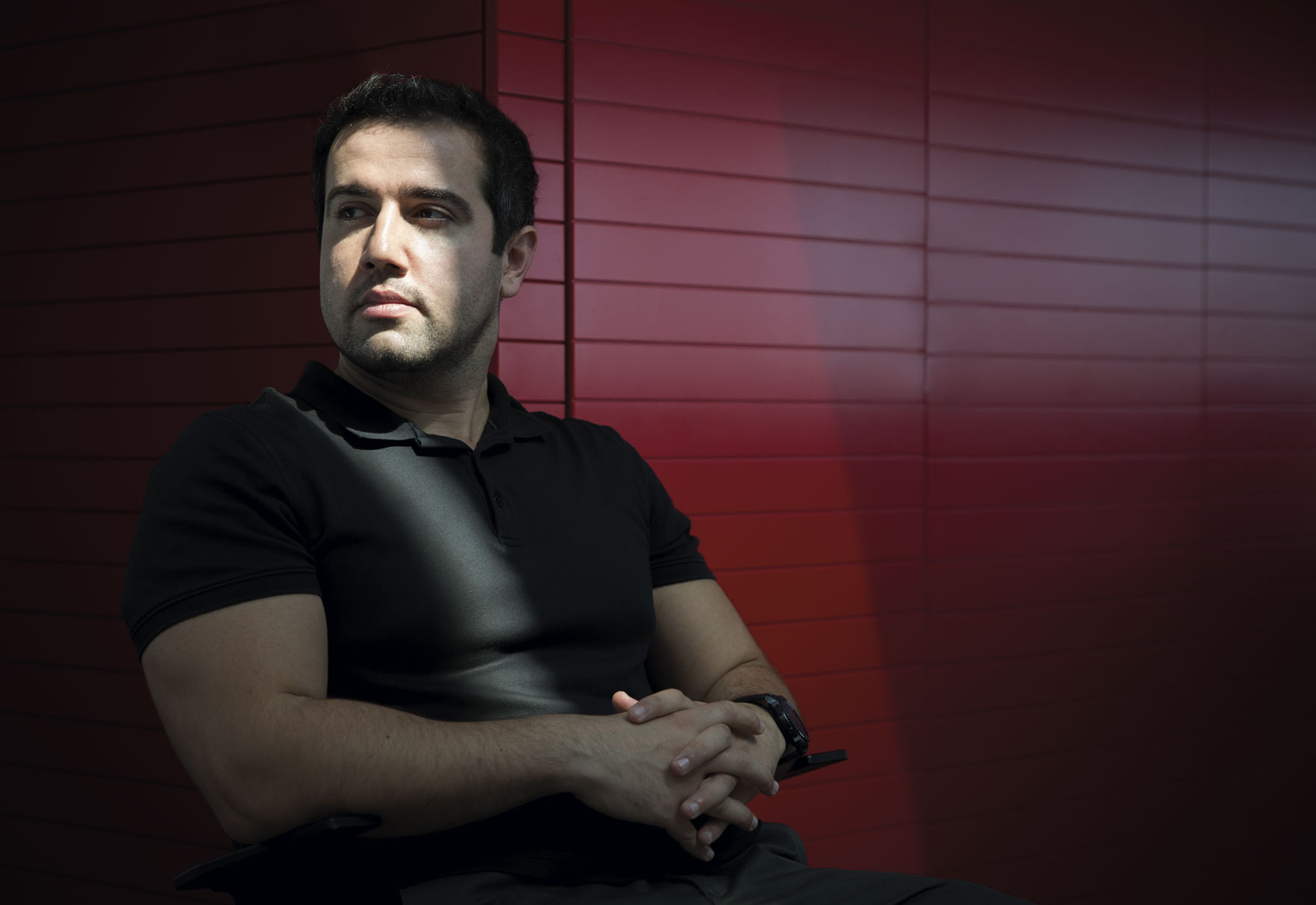 Can you name the reason?

Mercedes-Benz. In 2015 representatives of research center of this German corporation contacted me and suggested to become chief engineer in development of self-driving cars. So I moved to Silicon Valley and became the employee of Mercedes-Benz. Working on “intelligence" of cars of the future took two years then I decided to leave them as well: working environment began to cause discomfort...

And what did you get into?

I was invited as chief engineer to a startup project which was also engaged in self-driving cars. But if at the beginning due to big investments the project seemed quite perspective, with very motivated participants, then half year later I realized that all the work was on my shoulders. During this period I managed to drag the project through two tests which confirmed the validity of our development, nevertheless, I decided to leave again. Last year I had some kind of insight: I understood that I did not want to work for anybody any more at all. I started travelling, I do consulting, think of creating my own company. The interest in automation in different industries grows every year, particularly, to the self-driving cars, which are capable of increasing safety on roads and reduce mortality rate from car accidents.

Don’t you think that widespread adoption of automation may sharply increase unemployment?

We live in era of constant changes and development. Once the person who used to jump in a saddle swore that will never sit down in "the grunting piece of iron" on wheels. And today we discuss autopilot cars, and the natural balance was not shifted significantly. But there is some truth in your words. Dissatisfaction among people, who were doing the same work for decades occurs already now, and one fine morning they are being replaced by one automatic machine working many times better and quicker. In the foreseeable future, for example, the same self-driving cars can leave drivers unemployed... But you cannot ignore the fact that development of technologies allowed to arise to such service as UBER taxi.

So what, in your opinion, should all these people do?

You know, human brain works in such way that it is capable of adapting practically any conditions. Today you are frightened by prospect of being unemployed, and after some time you can find new potential in yourself, gain other skills. Besides, with development of technologies all new professions appear as well. 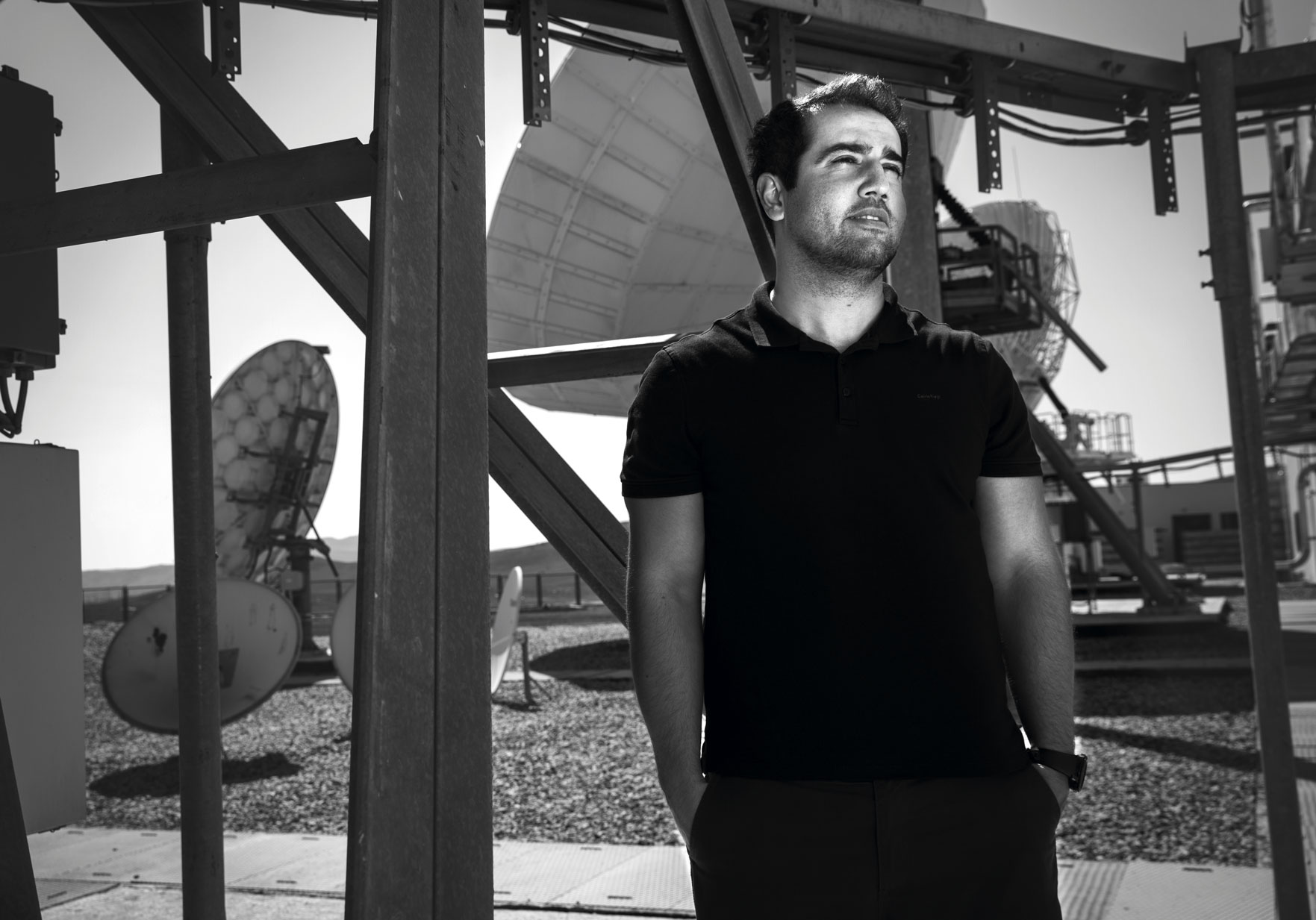 So new, that sometimes they are impossible to trace...

Indeed, the speed of technologies development grew up many times. This, by the way, pushed scientists of the USA to a very interesting experiment. A group of people, numbering 2000 people, will be paid thousand dollars for monthly consumption just like that and they will have the right to do nothing. Naturally, someone will enjoy life for one thousand dollars a month, having arranged himself lifelong vacation. But someone’s brain due to free time will start the engine of creative thinking – the stakes are made on such candidates. It’s expected that in such extreme conditions human brain will begin to generate creative ideas, search and find new methods of human force use, this means and the ways of earning as well. Besides, I sincerely believe that in the future automation will be able to reduce by ten times the cost of various things necessary for human activity.

But nevertheless, some areas will remain beyond automation?

Do you have any ideas related to Azerbaijan?

While being in Baku, I had time to discuss in several state and private organizations the idea of creating a research center in our country. Unfortunately, so far without certain results – the main problem remains the same: it needs big investments. In addition, I am going to launch a startup project in the USA in which I will gladly include talented children from Azerbaijan. I will try to give more seminars in Baku at all universities and the other organizations, where I am invited, with the purpose to draw attention to robotics, artificial intelligence. And something has already been done...

What did you start your Baku epic with?

My first seminar was addressed to youth from poor families. For me it was important to motivate these children, to inspire them self-confidence, their power. I grew up in modest family myself and did not spend a penny for my education.

I wanted to let them know that it is real even in our country, all you have to do is wish. The most important thing is to never give up, even facing difficulties! 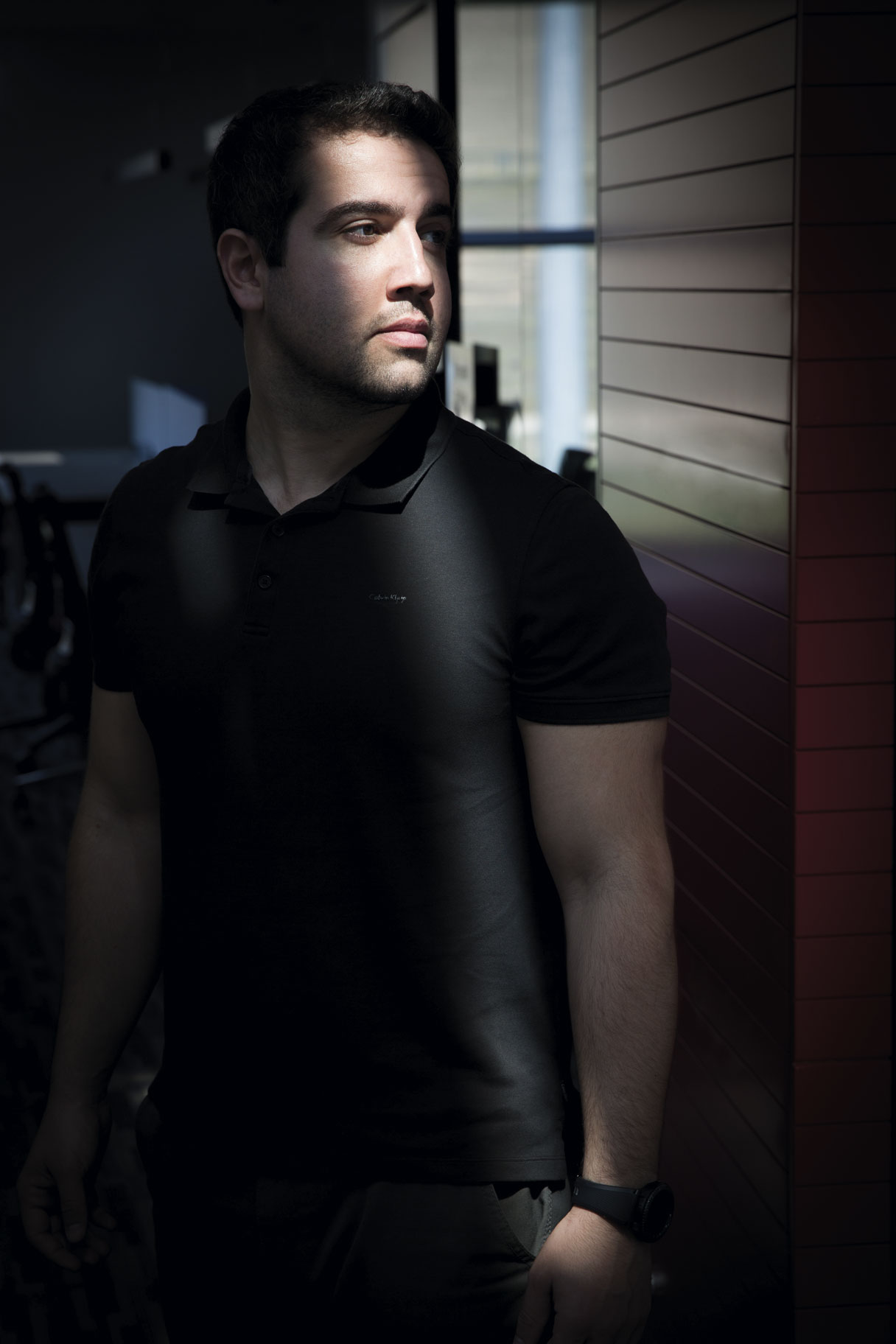 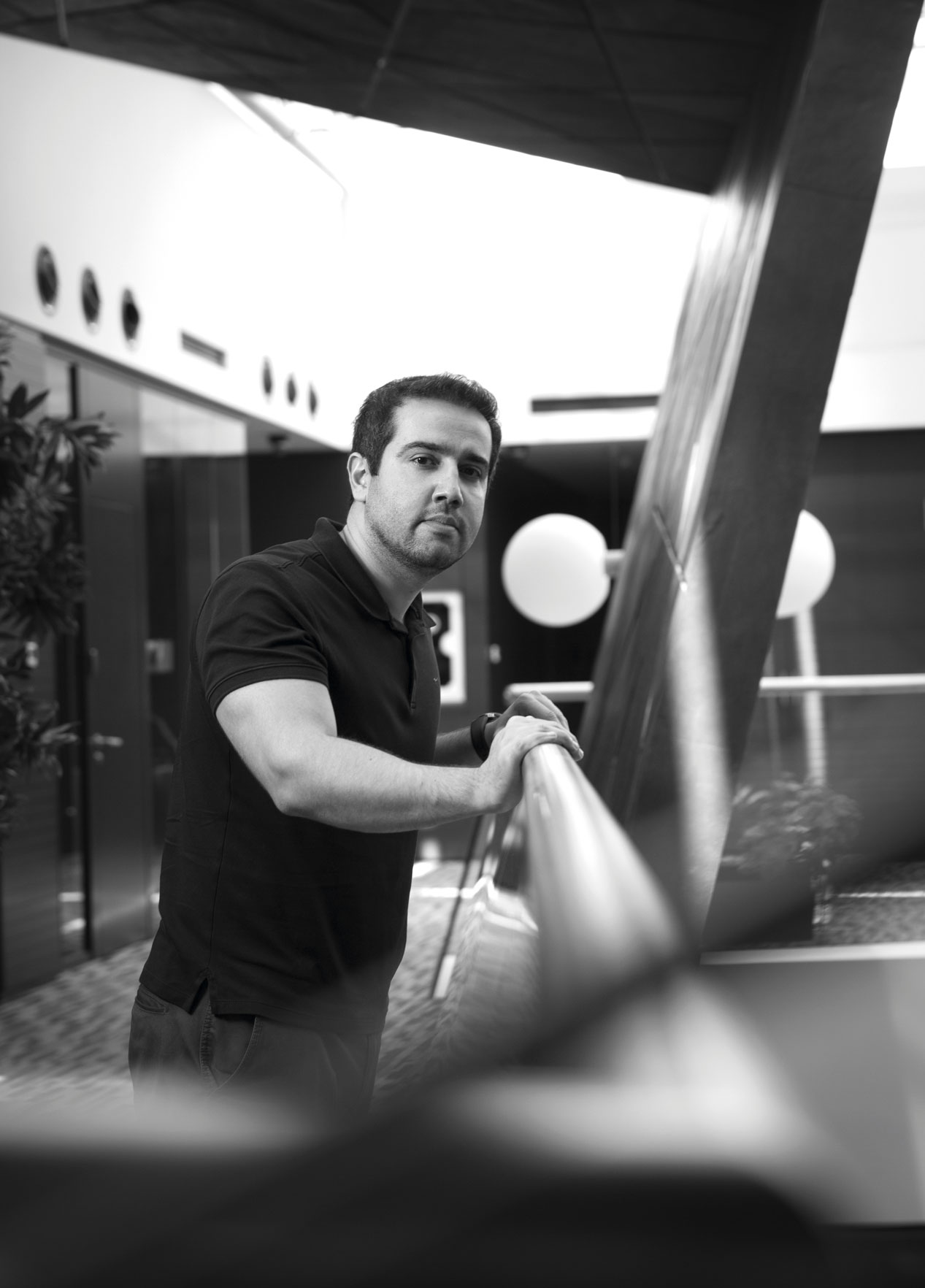 Nargis thanks Azərkosmos for their help with filming

The interview was published in the fifty-fifth issue.