MOHAMED AL-FAYED Loss is no problem 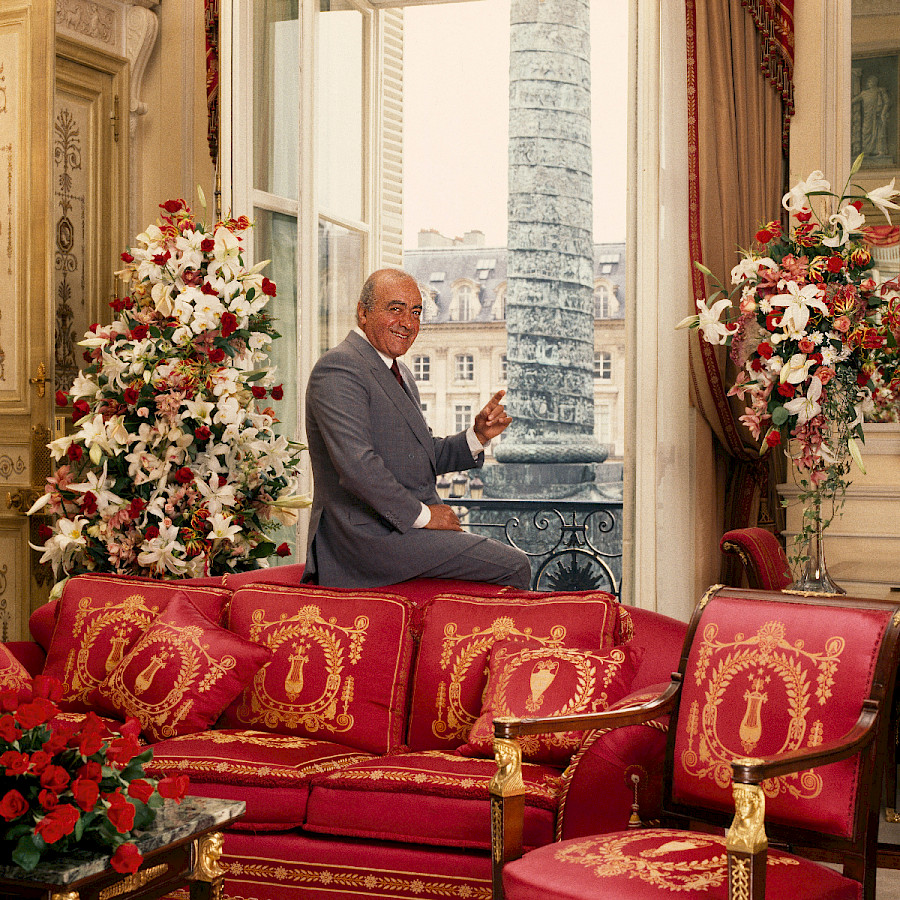 I waited for the meeting with Mr Al-Fayed with special excitement. The billionaire owner, holder of the Legion of Honor, owner of the Paris Hotel Ritz and the English Premier League football team Fulham ̶ this is not a complete list of achievements of the Egyptian magnate. I prepared for a strict and serious conversation. But, to my surprise, in the cosy atmosphere of Al-Fayed`s London house, an interview with this master casually flowed into a warm, friendly conversation. The conversation was so sincere, so openly, as if it was not meant to be printed at all, as if friends of a long time had decided to talk about the most important, to remember the past, to share the secret: memories of his beloved son Dodi and Princess Diana and his first steps in business, arguments about love and happiness ... 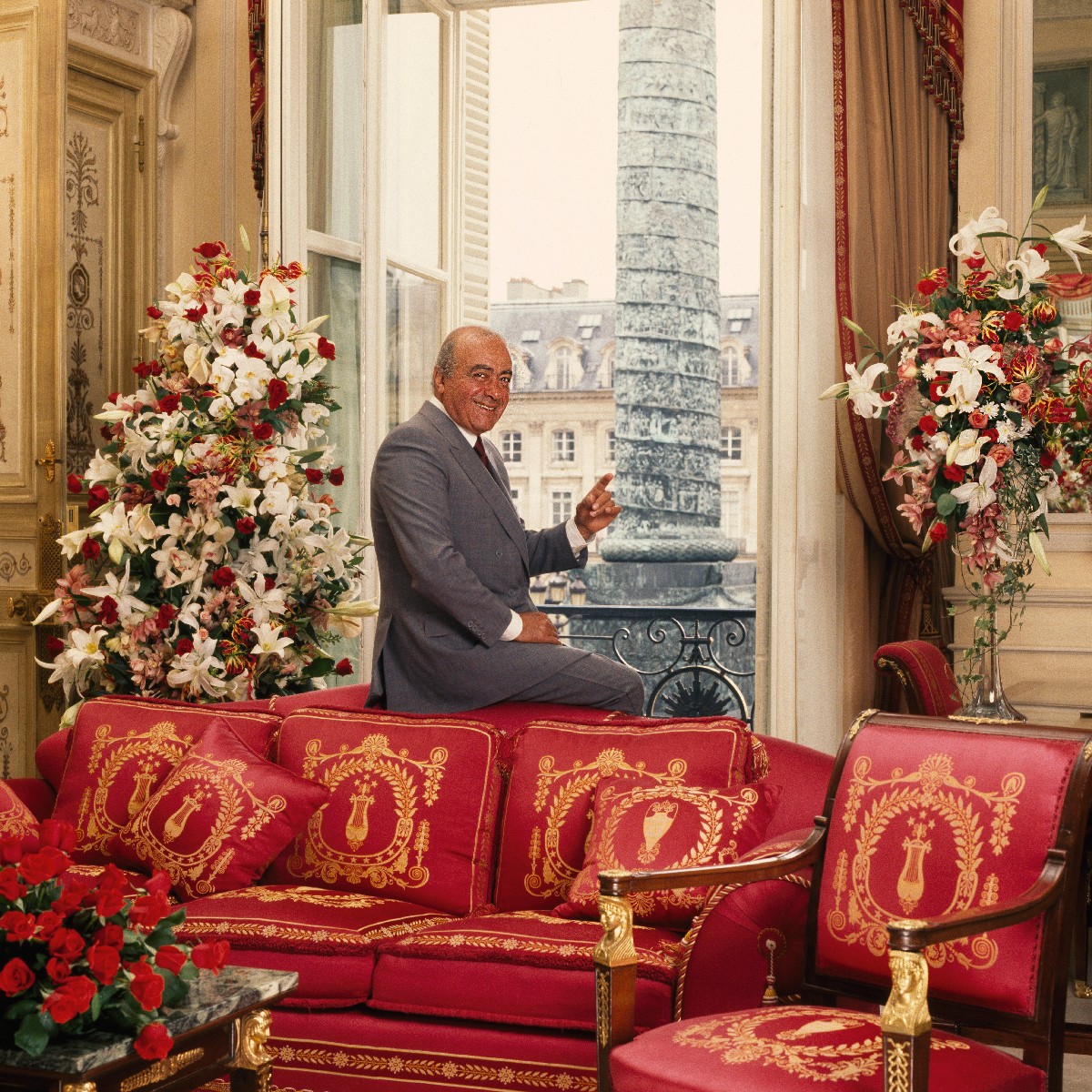 Mr Al-Fayed, belonging to Egypt with its great history has somehow affected you? Participation in such an ancient civilization must fill you with pride...

To understand this, you just have to look at those incredible treasures that ancestors left us with a legacy: artefacts, temples, museums, pyramids,and finally sphinx! Entire Upper Egypt is staggering, it brings to you the joy of children and awakens inspiration. Nothing is more shocking than the realization that all this was left by people who lived several thousand years ago.

What would you recommend to see in Egypt for those who have never been there?

The first duty is to visit the Cairo Museum. And after that, you will have ideas where to go to see the places where all these exhibits come from ̶ to the pyramids, in the region of Upper Egypt, in Aswan, where there are magnificent temples ...

What is the happiest moment of your life?

I got married quite early, at the age of twenty, and when Dodi, my firstborn, was born, it was the most exciting moment in my life.

Tell us a little about your childhood. What are the most vivid memories of him?

Everything was simple. I grew up with a sense of God's blessing, perfectly aware of my own merits and character traits that were supposed to help me in the future. We are all God's creatures and get into the universe through luck or chance. Although is it possible on earth to be confident in God's presence? ... Sometimes I do not feel it, only the angels and demons around us. Perhaps it is in me that ancient Egyptian blood speaks with an eight-thousand-year history ...

How did your parents raise you? What was invested in your education, were they strict or close to you?

My father was a professor at Al-Azhar, the oldest university in Egypt. And as if he was a preacher, he tried to convey to young people his own measures of honour and conscience. Those values that he instilled in me and many other people, this is one of the ways to try to create a generation of people with strong principles, will, courage. A wonderful generation for a better future for Egypt. But in Egypt, I lost all hope because the authorities took everything away from our family. And due to the fact that there you definitely cannot be free.

And how were you as a student?

I entered a foreign institution in order to get rid of the Egyptian educational system. After graduating from high school, my father wanted me to go to university. And I did. After studying a year, I discovered that it was a waste of time. All because I wanted to be free, I wanted to start my own business.

When you started your business, did you believe that you would succeed in it? Did you have doubts?

I was patient and in six months I became a millionaire.

Were you not afraid to lose?...

No, no, three times. For me, losing is not a problem. If you are doing everything in your power that gives a good result, then that's fine. But if the result is bad, I still smile, because I want to be happy. That is what really matters. If you believe that you can do anything, if you have the determination to be different from everything, then everything will be your will. 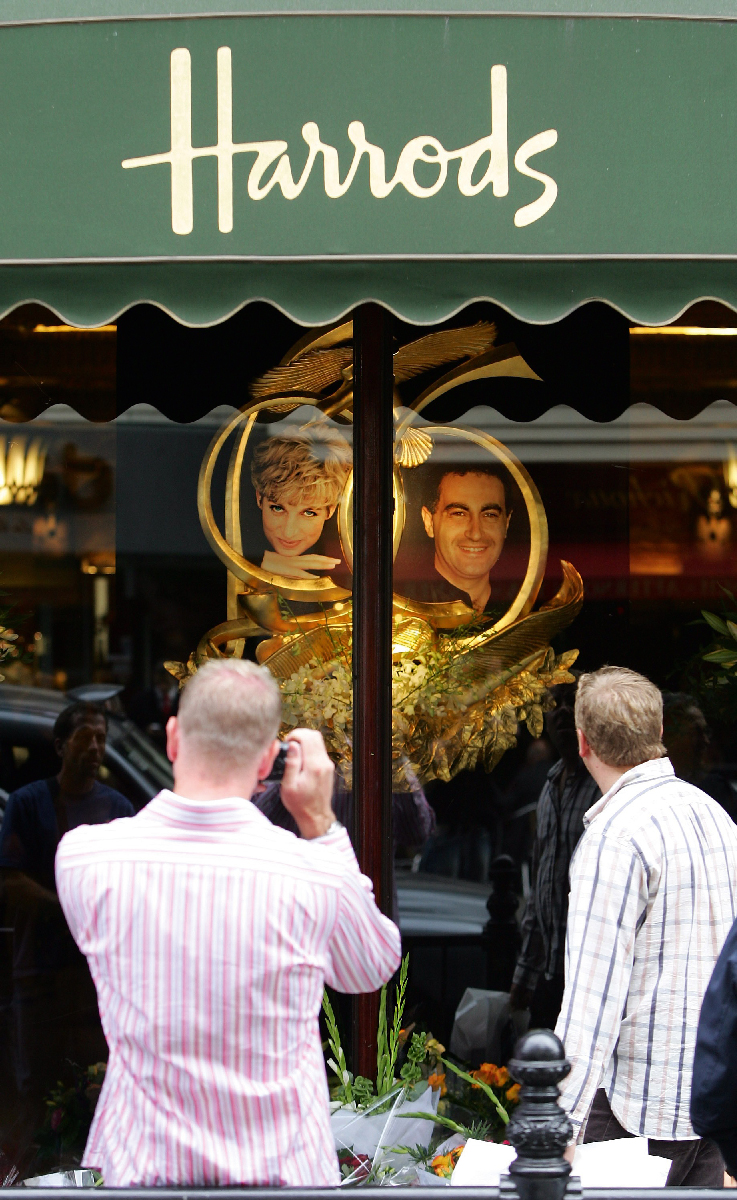 Is your charity also a manifestation of this will?

Yes, one of my principles is to earn money to share it; to acquire, to give, to assist people. This is necessary because, as I said earlier, we are surrounded by demons and angels. And if you are a good person, then the bright angel leads you, shows you the right path. It is also very important to be present in places where people suffer. Here, a few hours away, there are several orphanages, which I and my daughter are looking after. Relieving the suffering of children who have become a hindrance, children who have been thrown out of the house by their parents, you receive tremendous spiritual satisfaction.

Speaking of children, how did you raise your own children?

In the same way ̶ love. I have two daughters, a son and four grandsons. They are all here beside me, surrounded by love and care. Each family member has his own apartment. It is very important for me that I take care of them just as my parents took care of me. Therefore, I care about my loved ones, and at any time is available for them. My children enjoy life, regardless of whether they are with me or without me. If you get divorced, then, in any case, continue to love your children - this is very important.

Yes, it is. I was only twenty years old, and my first wife would never let me go on my own. It was unbearable, so we divorced by mutual consent, and I took my son Dodi with me. His mother married again but could see her son at any time. So it's good to be able to part peacefully. Dodi, I brought him up alone, he lived with me, even slept with me in the same bed until he was fourteen years old.

And how did Dodi and Diana fall in love with each other?

Once Diana asked where I would go on vacation in the summer. I replied that I was going to my house in Saint-Tropez. She said she could come with her boys. There she met Dodi. He was such an attractive guy...
The British royal family has not announced their engagement. And I myself arranged an engagement for them here in London, starting on Monday morning until Sunday night. It is not surprising that even when I became the owner of the Harrods chain of stores, the royal family never accepted me as its owner.

Yes, I sold Harrods, twenty-six years later, because I wanted to retire and spend more time with my grandchildren. But I am connected with it not only through business contacts. Few people know that having built it, I installed a sphinx with my face on top. Faces of Ramses the Great were in front of each door, I replaced them with my own image. Each floor has four Mohammed Al-Fayed. And on the ceiling of the Egyptian Hall, located on the first floor, you can also see 12 sphinxes with my face. I left there a memory of myself, that's what matters. 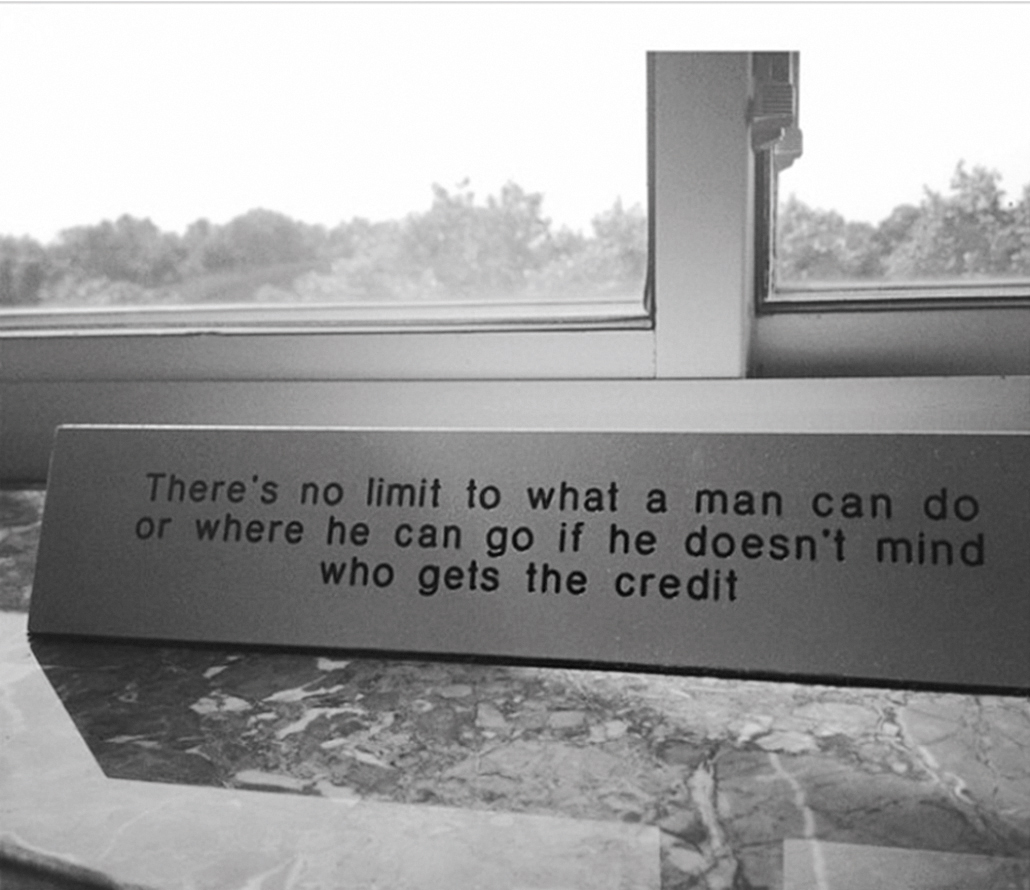 Could you tell us a little more about Diana? What was she like?

When she was a child, her father was a friend of my family, and I know how hard it was going through the divorce of parents. Children of divorced parents always suffer. The child will always seek refuge in someone who takes care of him and gives love. She came to Saint-Tropez to see how I live and met Dodi ...

Do you think that if they were still alive and were married, they would be happy now?

Of course, yes. If you believe that you will be happy, you will undoubtedly be happy.

Are you still trying to get a British passport?

I do not care anymore. I am black and I still have an Egyptian passport. My face belongs to an ancient civilization, and it should be their honour to grant me British citizenship. In addition, I have repeatedly rendered invaluable services to the country.

And in which country do you feel at home?

In Alexandria I feel at home. This is my place.

You are also the owner of the Ritz Hotel in Paris. How often do you visit it?

Yes, there I am a frequent and welcome guest. Because I did so much for Paris, that once President Mitterand declared: “I highly appreciate everything you have done and are doing for Paris, and in gratitude, I would like to give you the Windsor family house.” In this house was everything that the Duke and Duchess of Windsor left behind, all their own paintings and accessories. But I prefer to live in London. Simple British people respect and love me, especially after the story of Dodi and Diana. And I feel good with ordinary people.

Do you have a dream whose fulfilment you would like very much?

I don't dream, I just live day after day. If God gives you a chance to fulfil your plans, then ̶ is fine, if not, ̶ is still good. Seeing my children, my grandchildren ̶ this is my happiness. If someone gives you love, cares, understanding, attention and respect, helps you, then what more could you want? And I have it all because I have been married for forty years to the woman of my dreams from Finland.

Are you happy with her?

Yes, and we have four children.

How did you meet her?

I promised Cubby Broccoli, producer of James Bond, to invest in its business under the condition that I would be charged with finding a Bond girl. So I went to Scandinavia to conduct an interview with several applicants, one of whom could really become a partner of the superspy. And at the casting in Helsinki, among the most beautiful girls was my future wife ...

Thank you, Mr Al-Fayed, for such a warm and interesting conversation. And I invite you to visit Azerbaijan. As a person who is interested in history and loves mysterious places, it will be interesting for you to visit our country.

Thanks for the invitation! One day we will certainly come to get to know your country and culture.

The interview was published in the 5th issue. 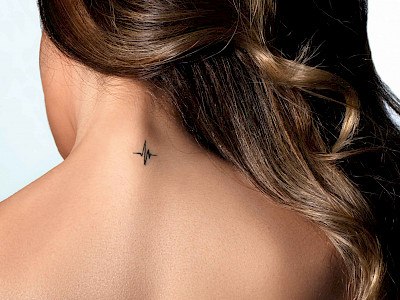 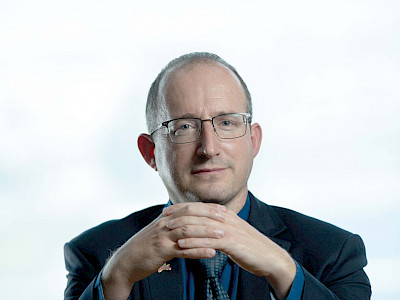 A Vision into the Future 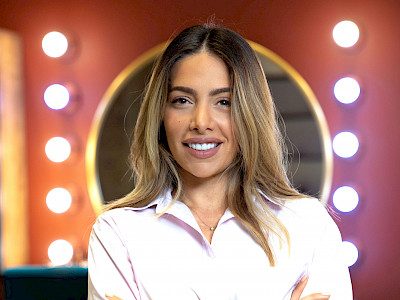