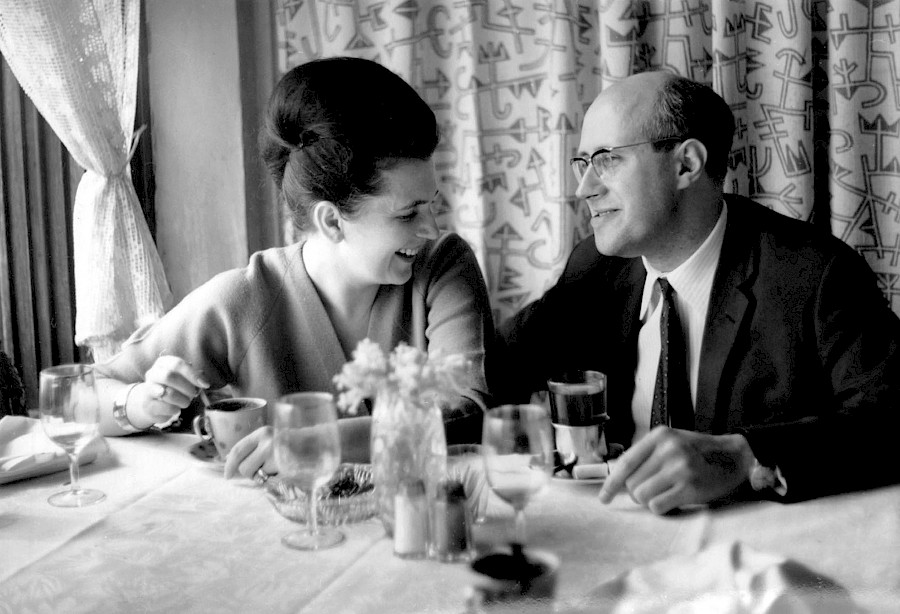 In 1982 Rostropovich presented a gift to his wife – estate in USA, close to Orthodox Church in Jordanville called it «Galino» and managed that place-name to be located on all US official maps. Presently, even though the queen of opera stage is gone, one may confidently state that Galina Vishnevskaya’s name will never be deleted from the map of the big art. This name will always be a synonym of the highest gift and irreconcilable self-discipline toward herself and to other persons.

I will write down these thoughts later after news about Vishnevskaya’s death. Meantime I am getting ready to meet a legendary woman. 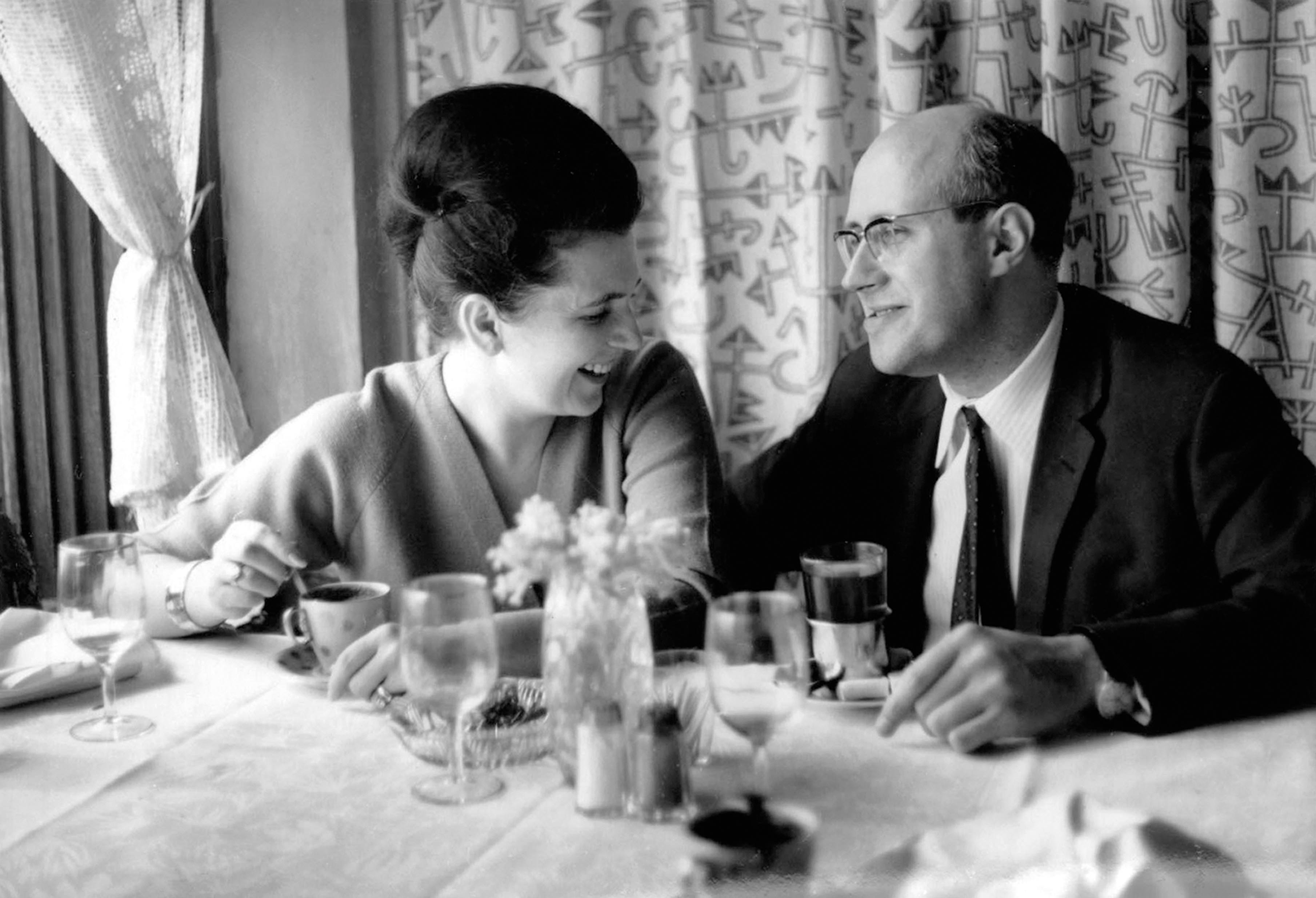 When I was informed, that Galina Vishnevskaya would meet us far away from the city, in a summer cottage, and it would be necessary to drive in "Zhukovka" – the most congested direction of Moscow considering that I had less than an hour to pick my things, I did not even thought about how? I was ready to go immediately!

House gates were opened, in the yard frog statue greeted with torch in her paw. She explained: «That is from U.S.». As it turned out, this conversation was the last one, a farewell; it was devoted to memories about her childhood, about creativity and love…

Why? Haven’t you experienced and haven’t you gone through?

Yes! I should have nostalgia for Russia, as this usually happens with Russian people abroad, however I did not experience any nostalgia, as first of all I remember, how they humiliated me and Slava. What kind of nostalgia might be… 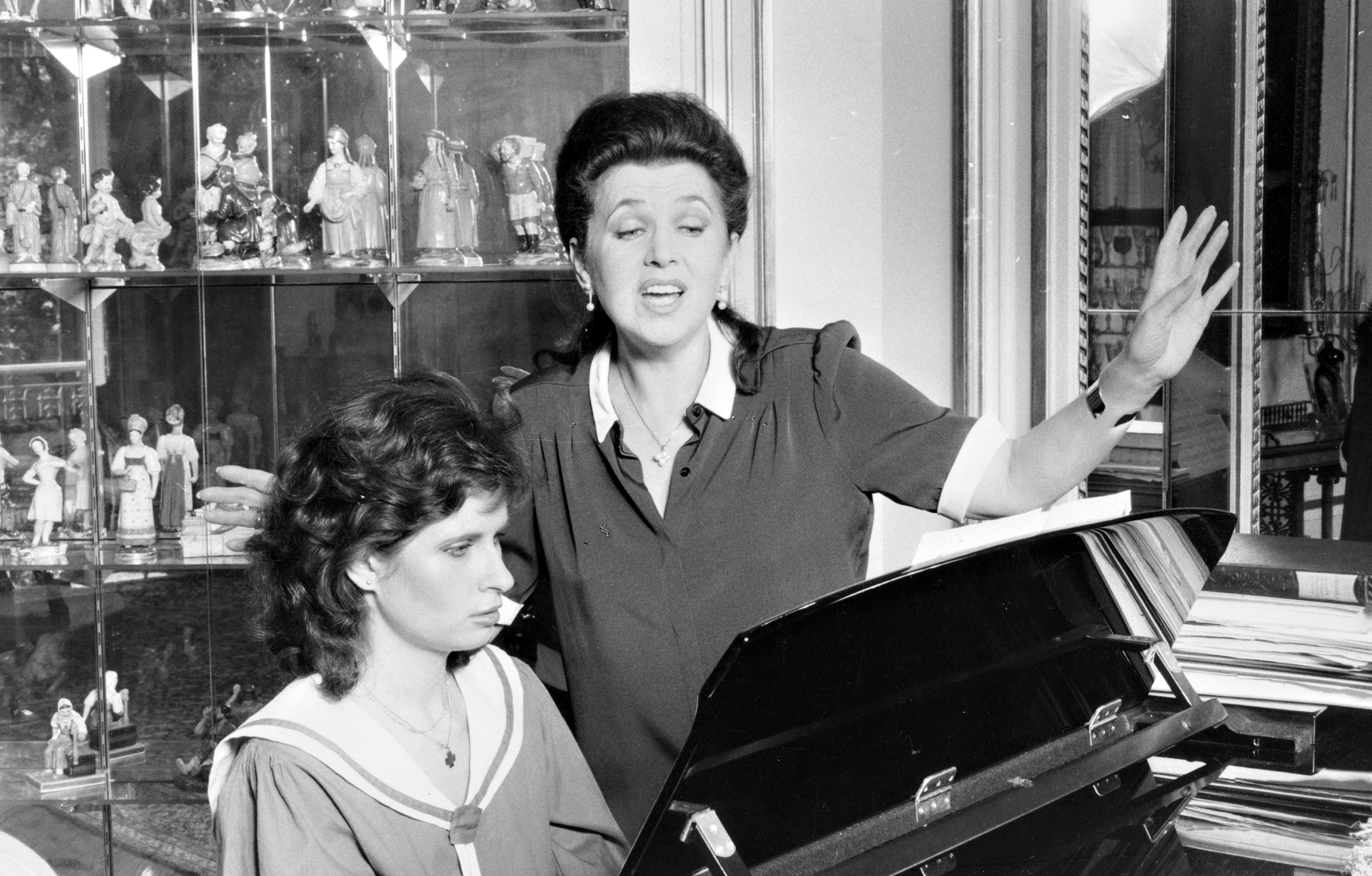 You have killed this feeling in yourself?

It faded away so I didn’t even have to kill it. I didn’t want to return. Slava didn’t convince me. When I returned and saw this miserable country, I got terrified: depression, dirt, grayness... That was terrible ninetieth...

I have frogs everywhere; it is a symbol of well-being. Where did I get this fancy?

My husband called me frog, froggy. He even presented me a gift, a ring with an enamel frog … whole his life he called me with that name. And I called him Pinocchio... I adore these charming creatures. Everybody knows about this and they present me frogs. I don’t even have a place to put them. 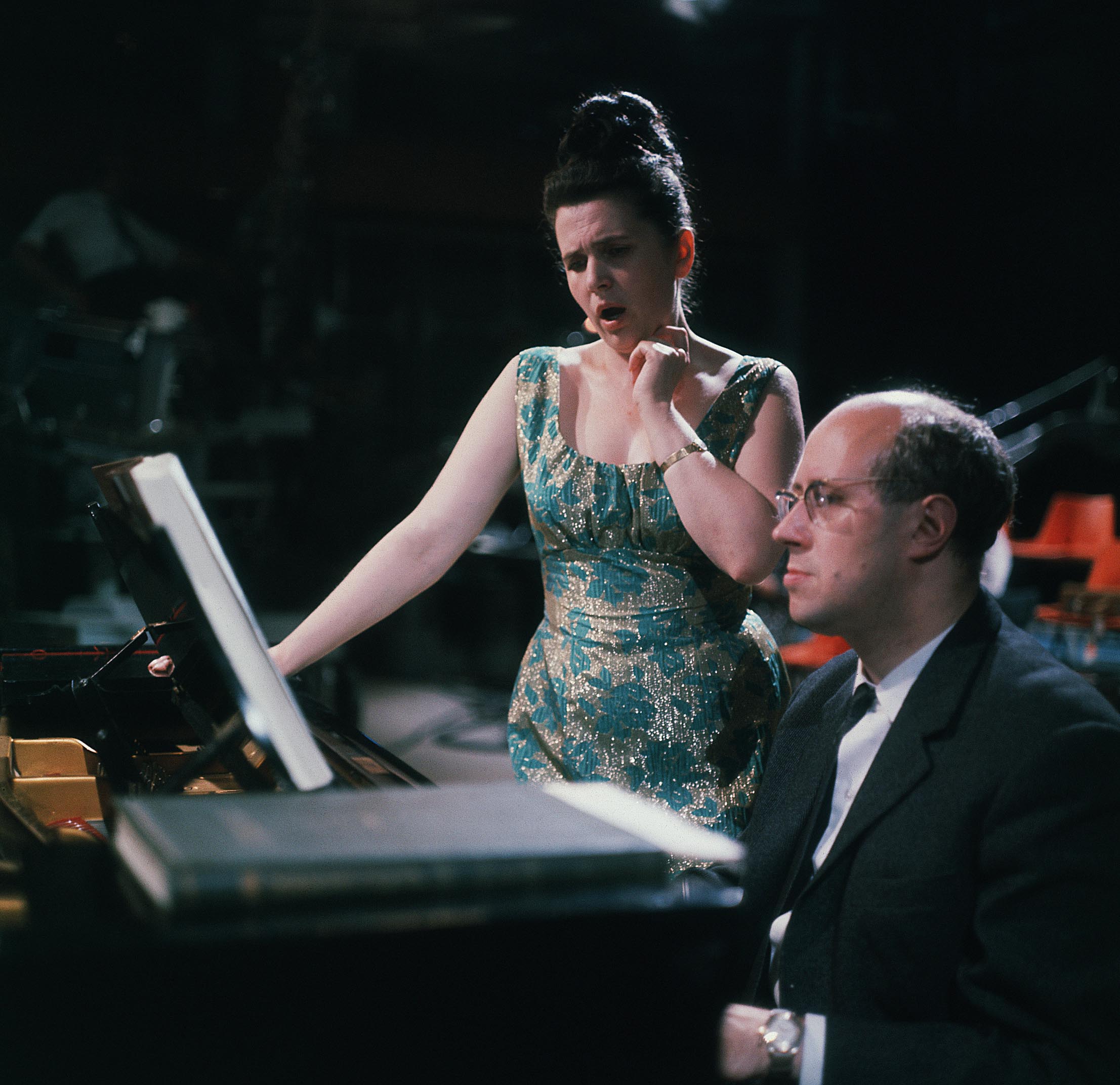 Probably, I will touch upon a painful theme for you, however I would like to ask, how did you spend your life without Mstislav Rostropovich?

I do not want to speak about this; the pain is still too fresh. However, I can state, that there is no one like him in all respect. The husband, the father, the greatest actor Rostropovich was the only one. He was unique and inimitable and I can’t evaluate his actions in family and in life.

But I should add, that he loved your country very much and considered Azerbaijan his homeland, all his life he felt himself associated with Baku. He was proud to be born in this city. That wasn’t something claptrap, it was true. Though he has rarely been there, there was a friendship between him and many Azerbaijani musicians and composers. He loved Azerbaijan and when I come to your country, I wish to understand and feel, what kind of love it was. Last time I’ve been there five years ago. Baku is growing with remarkable speed; I’ve seen nothing like this elsewhere. I wish well-being to Azerbaijan, your President and gorgeous First Lady. 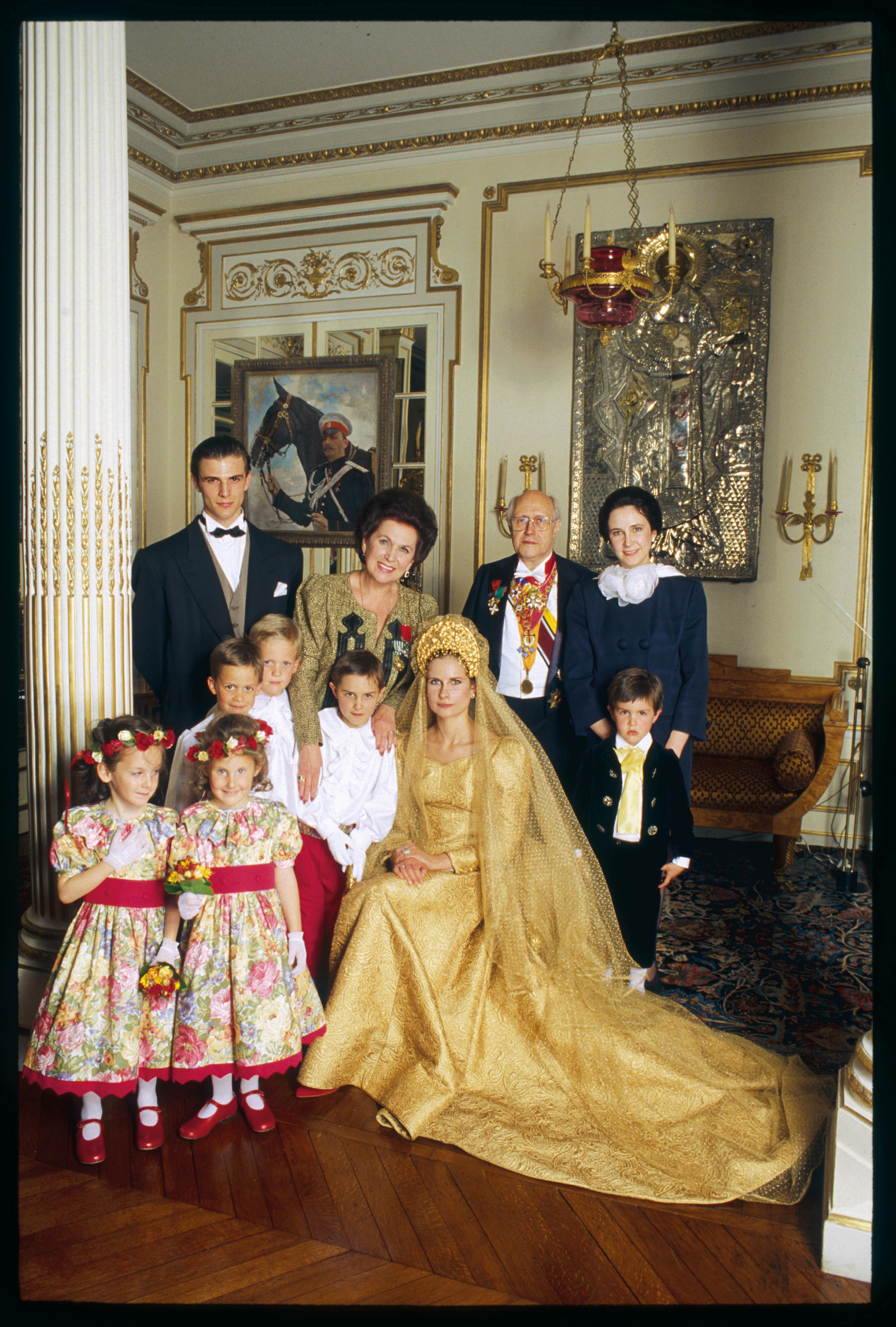 On this note we finished our interview with the great singer – one of the last interviews in her life. After Mstislav Rostropovich’s death Galina Vishnevskaya told everyone: “He has just left for touring”. Well, for those who admired her talent and left orphaned, this is all they got to console themselves with: she has just joined her great companion within his heavenly tour.

As a farewell epitaph – “Blessed are those who are persecuted because of righteousness, for theirs is the kingdom of heaven” – has become kind of epigraph for this distinguished couple’s biography. 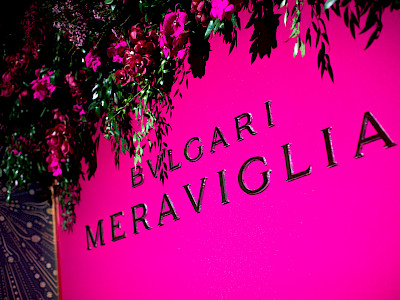 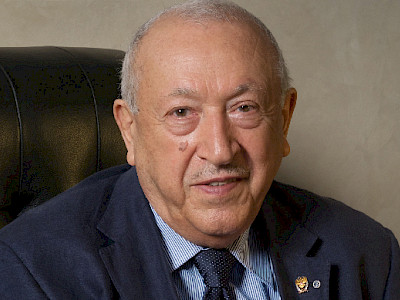 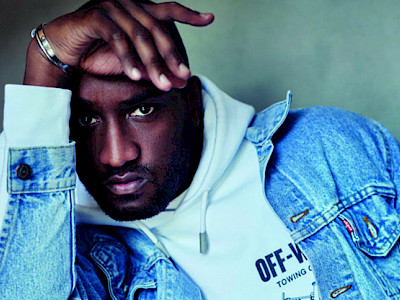