THE HUNTER OF LOST UNIVERSE 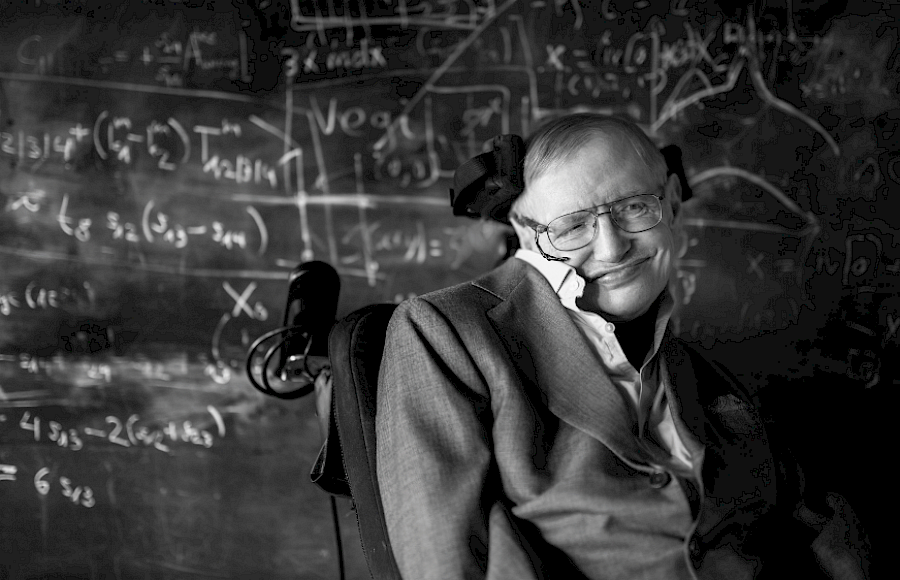 It may be we shall touch the Happy Isles, And see the great Achilles, whom we knew. Tho' much is taken, much abides; and tho' We are not now that strength which in old days Moved earth and heaven, that which we are, we are, — One equal temper of heroic hearts, Made weak by time and fate, but strong in will To strive, to seek, to find, and not to yield. 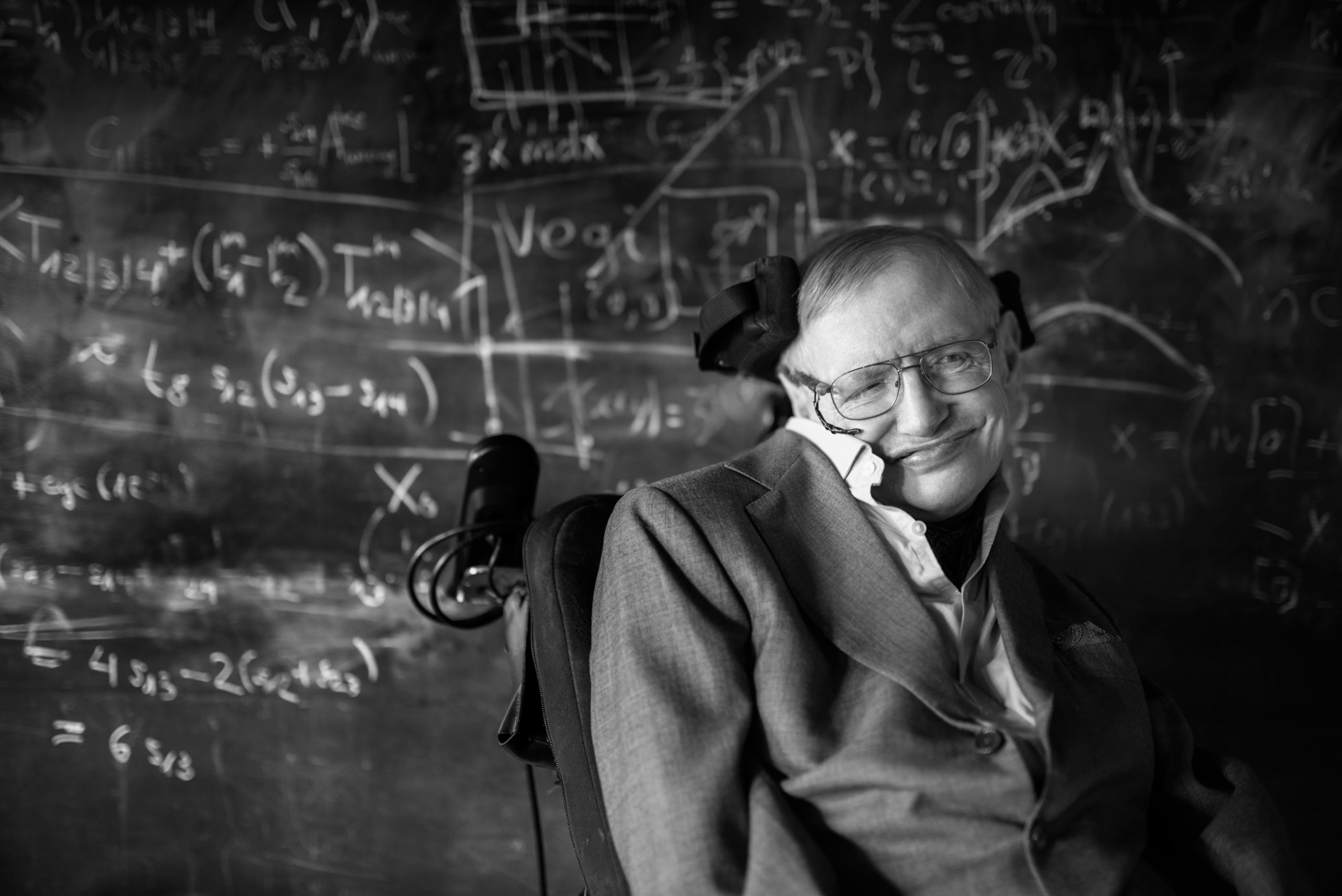 Stephen Hawking was born in the British city of Oxford on January 8, 1942, three hundred years after the death of Galileo Galilei, an Italian polymath and astrono-mer. Two hundred thousand children were born on the planet on this very day. However, only one of them became the legend of the modern cosmology.

He may be the most famous genius in science. We will try to remember the most important scientific achievements of the great scientist. 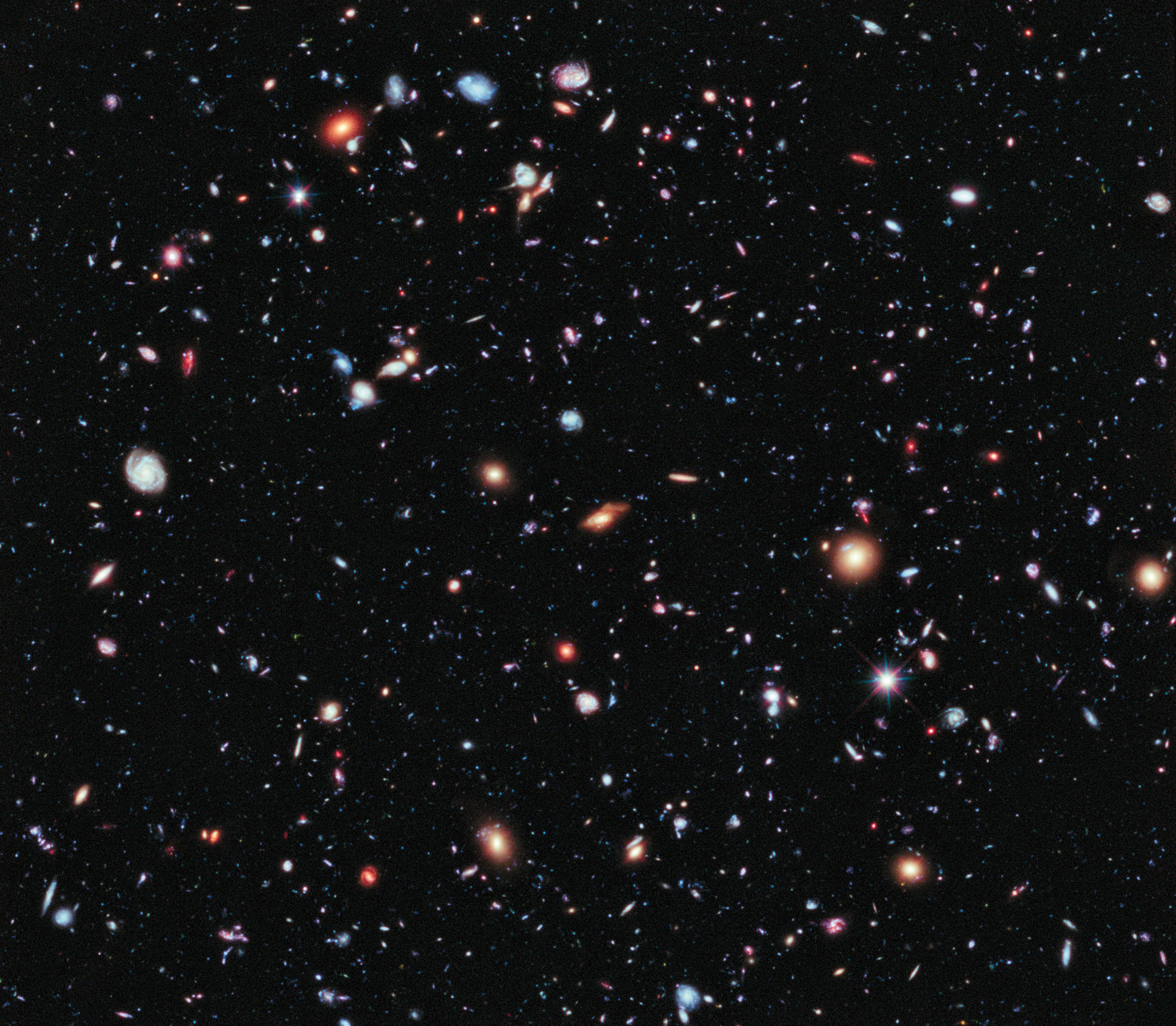 In 1963, Hawking contracted motor neuron disease. Specialists on neurology gave him two years only. By 1974, he was unable to feed himself or get out of bed, his speech became so slurred that he could only be understood by people who knew him well.

Any other person would be driven into despair. But not Stephen! His staunch friends and well-wishers collaborated in building a device that enabled the profes-sor to write onto a computer with small movements of his body and then to speak up what he had written using a voice synthesizer. With this tiny window into the world, Stephen Hawking was able to see things that absolutely healthy colleagues could not discern.

Hawking was an author of numerous books including the landmark ‘A Brief His-tory of Time’. More than 10 million copies of this book have been sold since 1988. 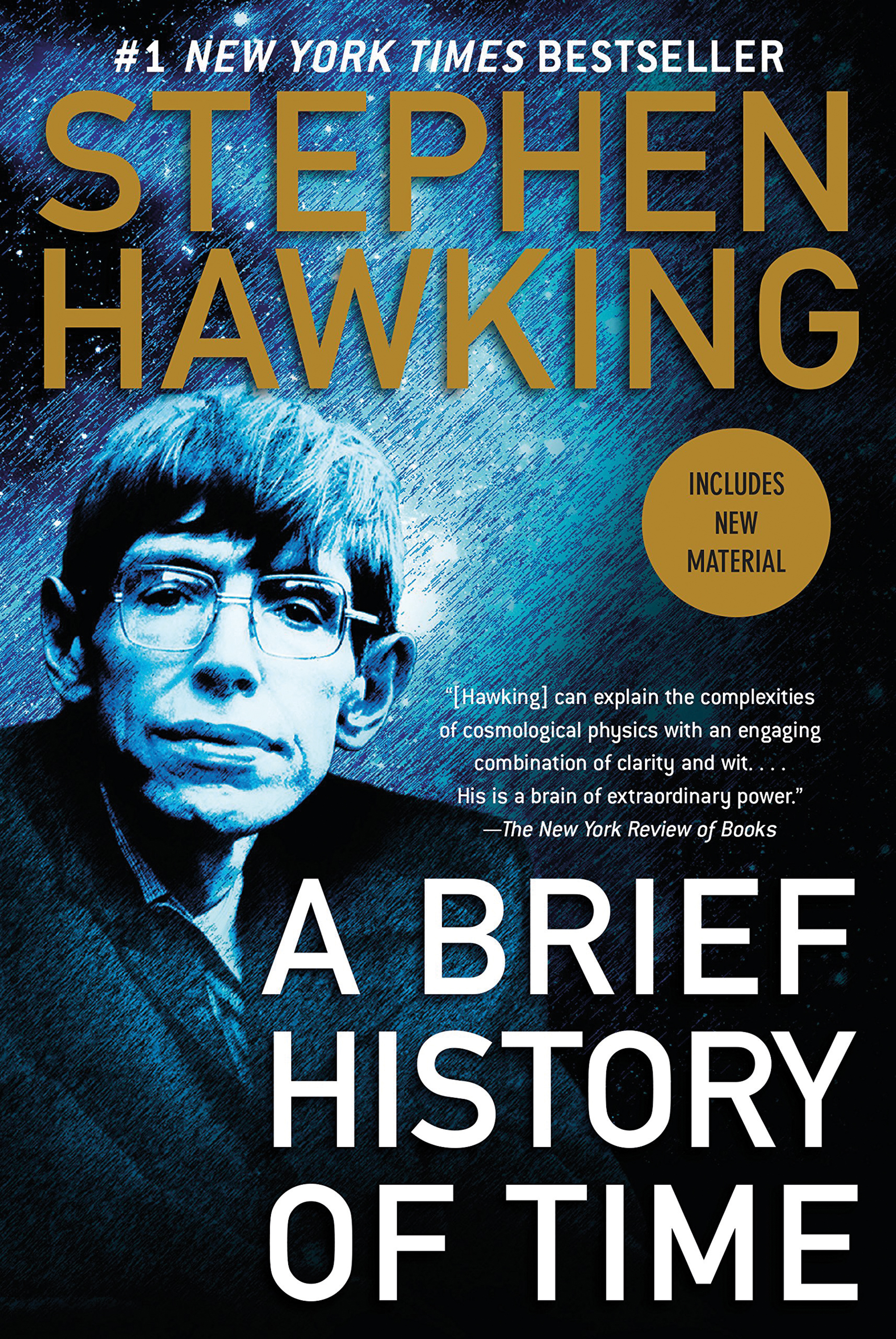 The most interesting discoveries of the professor are connected with black holes. He predicted a paradoxical phenomenon known today as Hawking radiation. It is a hypothetical evaporation process of the black holes.

“Eventually, when the star has shrunk to a certain critical radius, the gravitational field at the surface becomes so strong that the light cones are bent inward so much that light can no longer escape,” Stephen Hawking writes in his bestseller ‘A Brief History of Time’. “This region is what we now call a black hole.

The concept of the black hole, as an object that emits nothing but can only absorb matter, is valid until the quantum effects are left out of the account. Hawking be-gan to study the behaviour of elementary particles near the black hole taking into consideration the quantum mechanics. He figured out that the black hole cannot be absolutely ‘black’ and some particles form ‘residual radiation’. Colleagues ap plauded: everything has changed now! 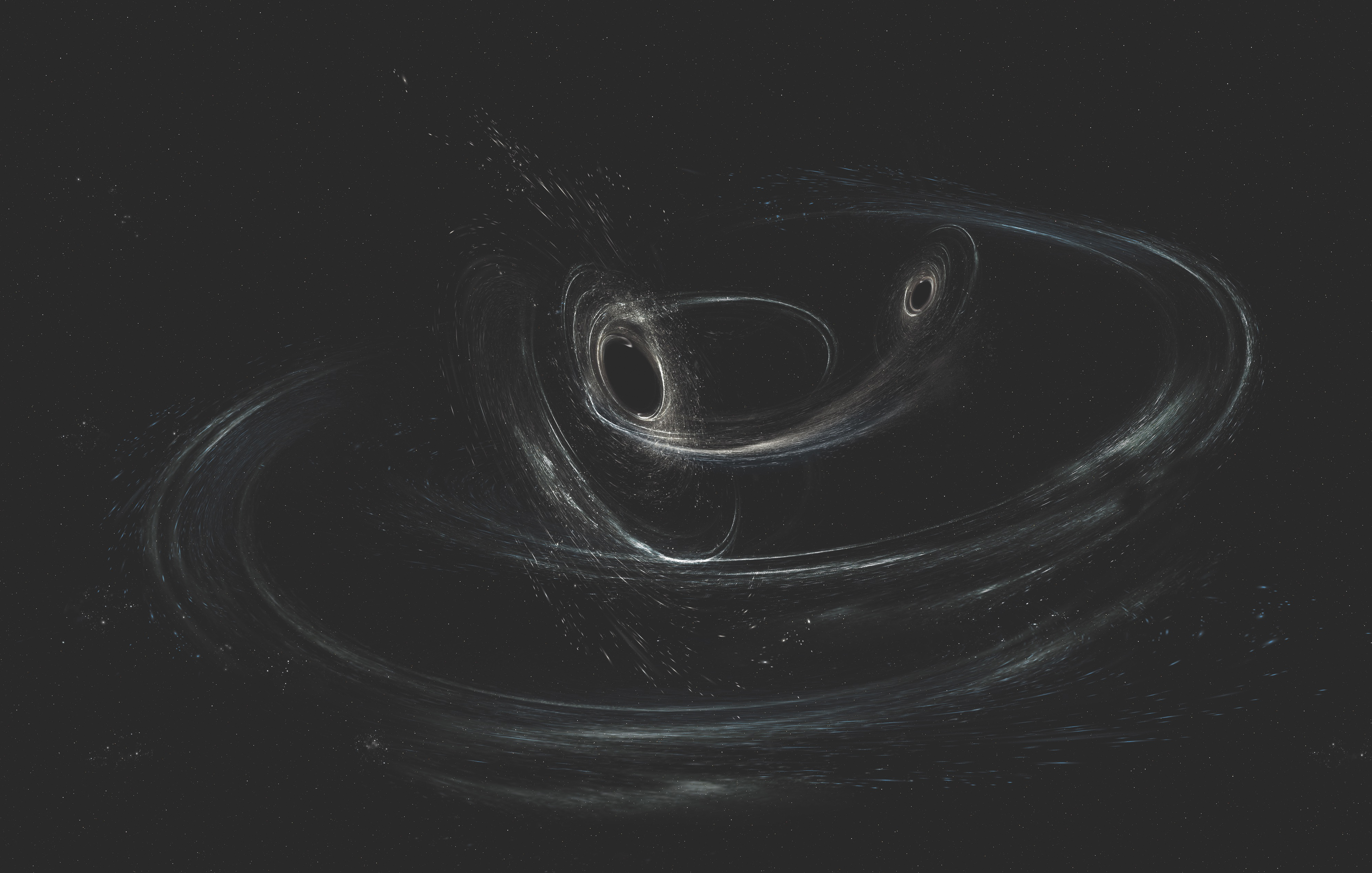 Not far from the black hole one of the bound particles can fall into it. Then the second one will not have a pair for annihilation. These ‘orphaned’ particles gener-ate the Hawking radiation. Hawking concluded: the black holes do not exist eter-nally. They radiate an increasingly strong wind and, eventually, disappear in the giant explosion.

The radiation of the black hole shows that the gravitational contraction is not un-deniable as previously thought.

“Black hole radiation has shown us that gravitational collapse is not as final as we once thought. If an astronaut falls into a black hole he will be returned to the rest of the Universe in the form of radiation. Thus, in a sense, the astronaut will be recycled,” Stephen Hawking wrote in the book. 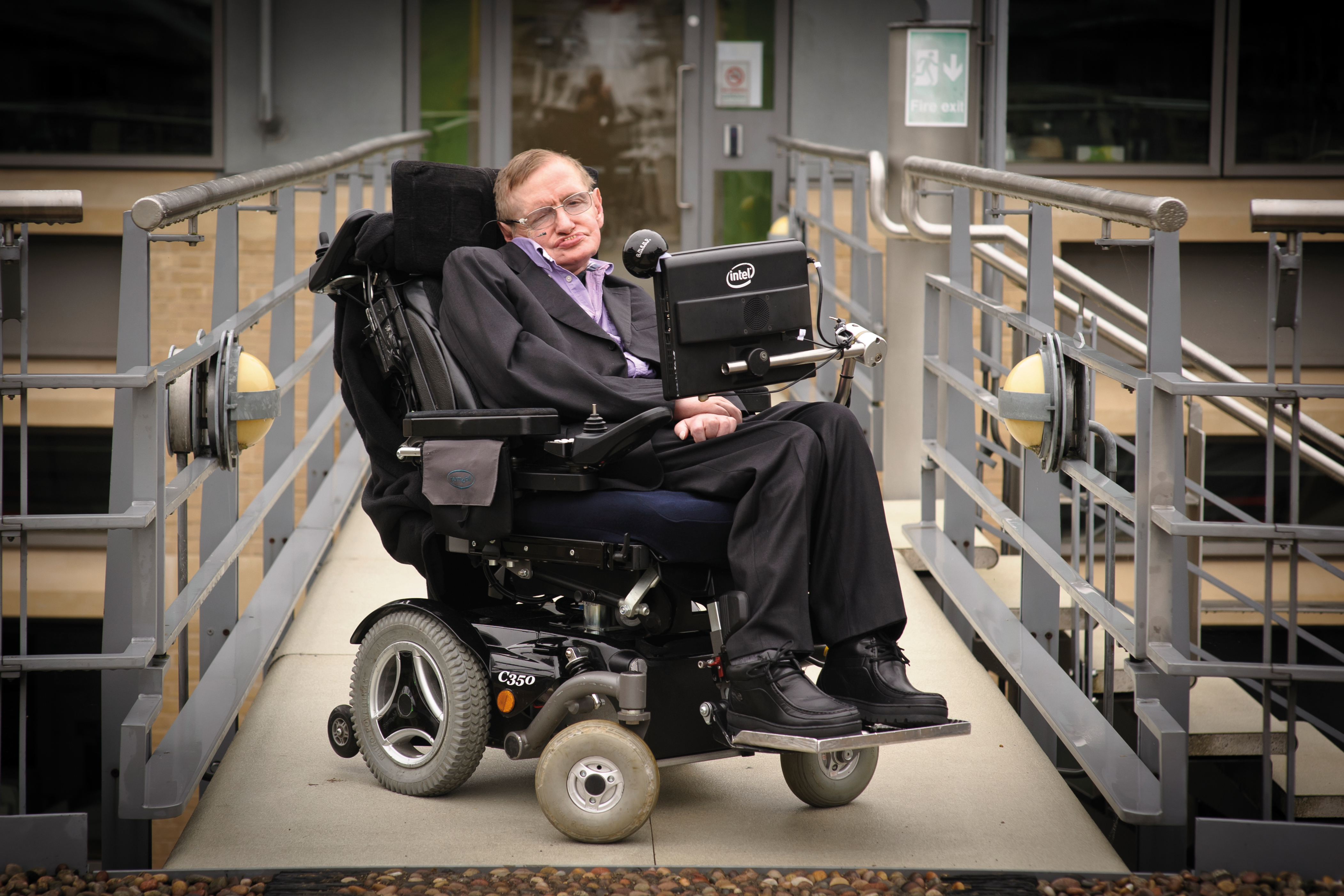 We can see how the cup falls from the table and breaks but cannot imagine how it is assembled back from the shards. The past differs from the future in increasing entropy. Hawking asked: what will happen if the Universe stops expanding and begins to contract? Will we see how the broken cups are collected from the shards? When the contraction begins, the Universe will return to the ordered state, he as-sumed.

What will happen if the time changes its direction? People in this stage would live life backward becoming younger every day! Unfortunately, Hawking’s attempts to develop a mathematical model of this theory were unsuccessful. Later, the scientist admitted the fatal mistake: he used the simplified mathematical model of the Uni-verse. The time will not turn back when the Universe will start to contract.

Hawking assumed two possible fates of the Universe: Big Crunch and Big Rip. During the ‘Big Crunch’ gravity takes over and begins to pull the cosmos back compressing to one point. Another extreme is the ‘Big Rip’ when the expansion of the Universe just gets faster until galaxies, stars, planets, atoms, and space itself are ripped apart. 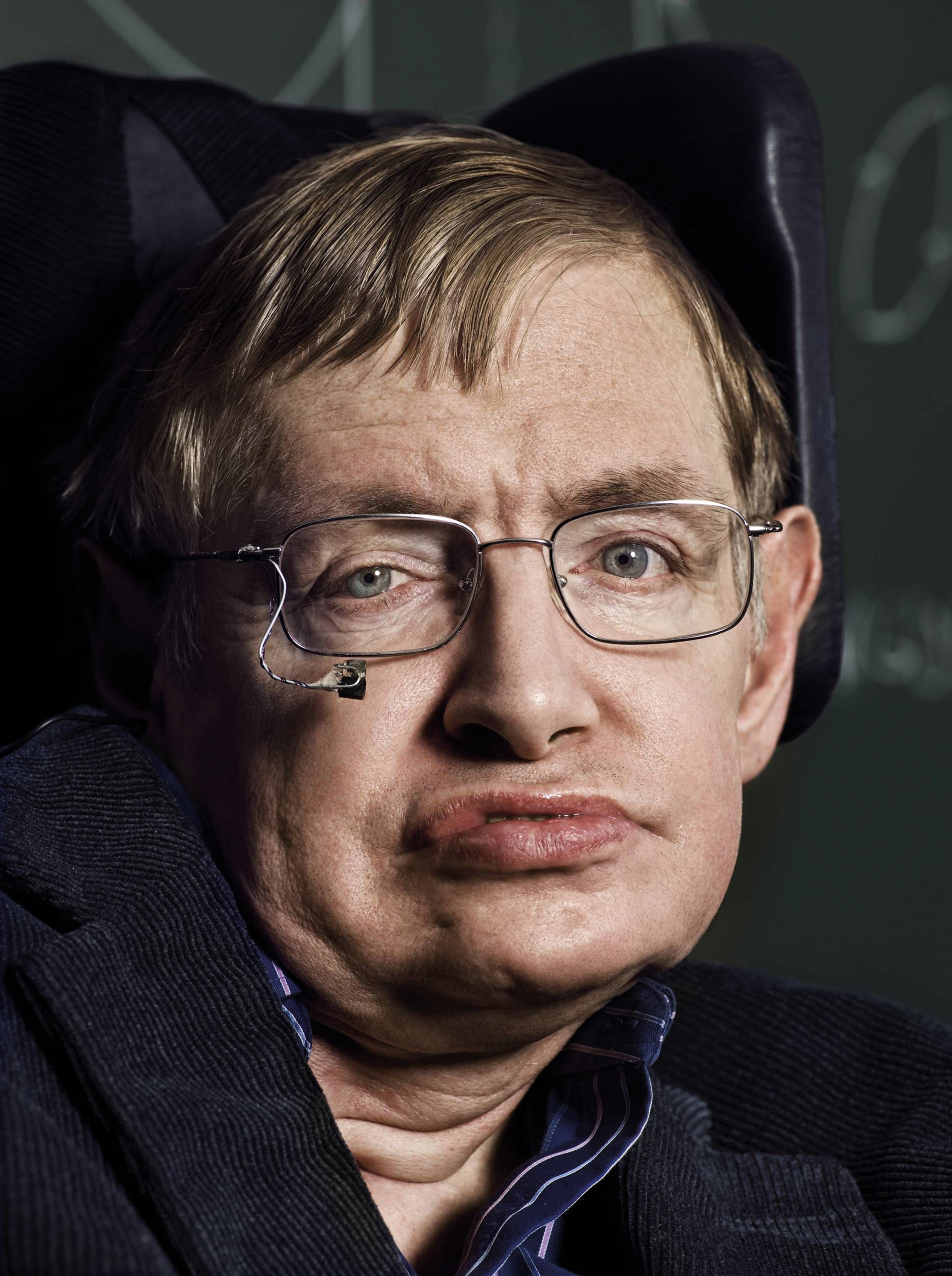 Stephen Hawking’s views on the divine creation are very interesting. In 1981, he participated in a conference on cosmology organised by the Vatican. After the con-ference, the Pope granted an audience to its participants. He told the participants that they can study the development of the Universe after the Big Bang , but no one is allowed to study the Big Bang, as it was a moment of divine creation. Having heard the Pope’s speech Hawking had admitted feeling a sense of relief. The scien-tist believed that the Universe has no ‘birthday’, which can be taken for the mo-ment of the divine creation. This idea is not something that will please the Pope.

Hawking noticed with the crushing sarcasm: “So long as the Universe had a be-ginning, we could suppose it had a creator. But if the Universe is really completely selfcontained, having no boundary or edge, it would have neither beginning nor end: it would simply be. What place, then, for a creator?”

The brilliant English scientist died peacefully, at the age of 76, at his home in Cambridge early in the morning of March 14, 2018.

Relatives and friends of the cosmologist emphasise, they could not believe in every Hawking’s idea. He was gold digger in discoveries. The gold digger that was mis-taken for the most of his life looking for a bonanza, an answer to the question of the existence of the man and the Universe. “If we find the answer to that, it would be the ultimate triumph of human reason — for then we should know the mind of God,” the great scientists ended his famous book. This aphorism could be the motto of his life.

The material was published in the fiftieth issue

Take care of yourself for yourself! 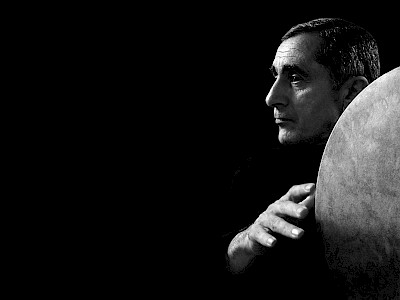 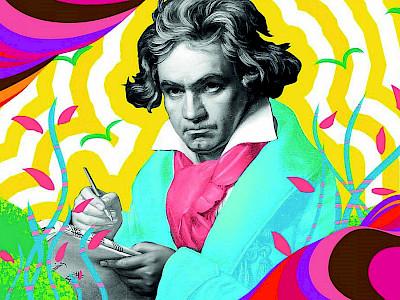 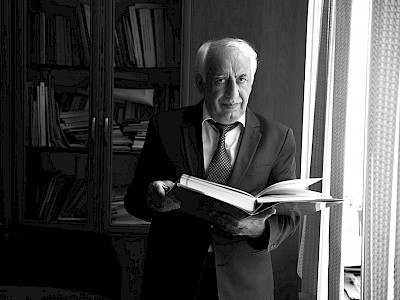