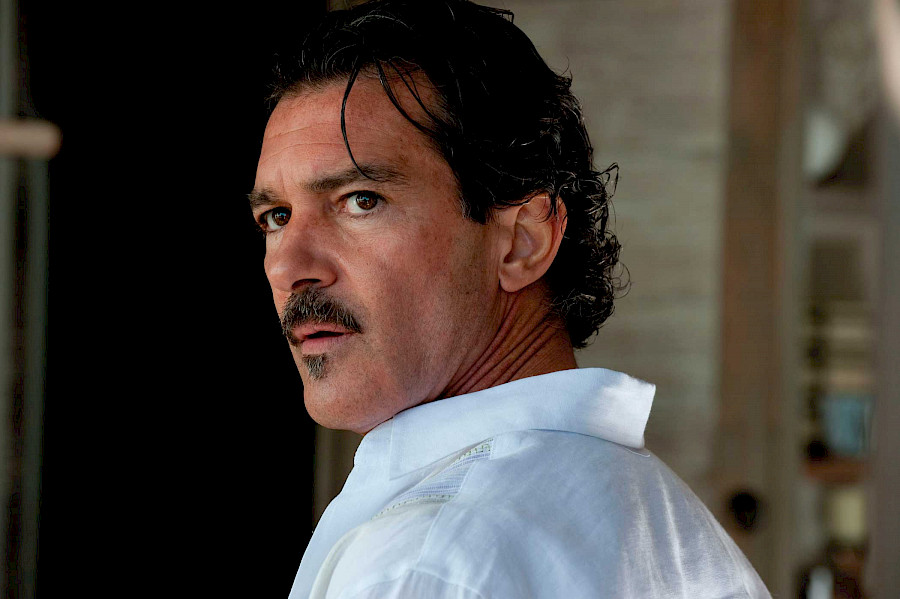 Antonio Banderas received his first award in Cannes, which is the most prestigious international film festival, as ageing Salvador Mallo in the film “Pain and Glory”( it is very necessary to emphasize the director of the film, Pedro Almodovar). As always, radiating charm and confidence, he walked along the red carpet of the festival hand in hand with a charming blonde, who is rumoured to be a leading employee of a respectable bank. In the late June, the actor arrived at the Munich Film Festival to receive the award “For Contribution to Cinema”. “We met with Antonio Banderas, the most popular Spanish actor, the sex symbol of several generations and the most brutal macho of world cinema, according to cinema analysts, in the Gasteig cultural centre in Munich. He talked about his new role in the Almodovar film, the stages of a film career, his diverse work and where his fame of the screen hero-lover came from. 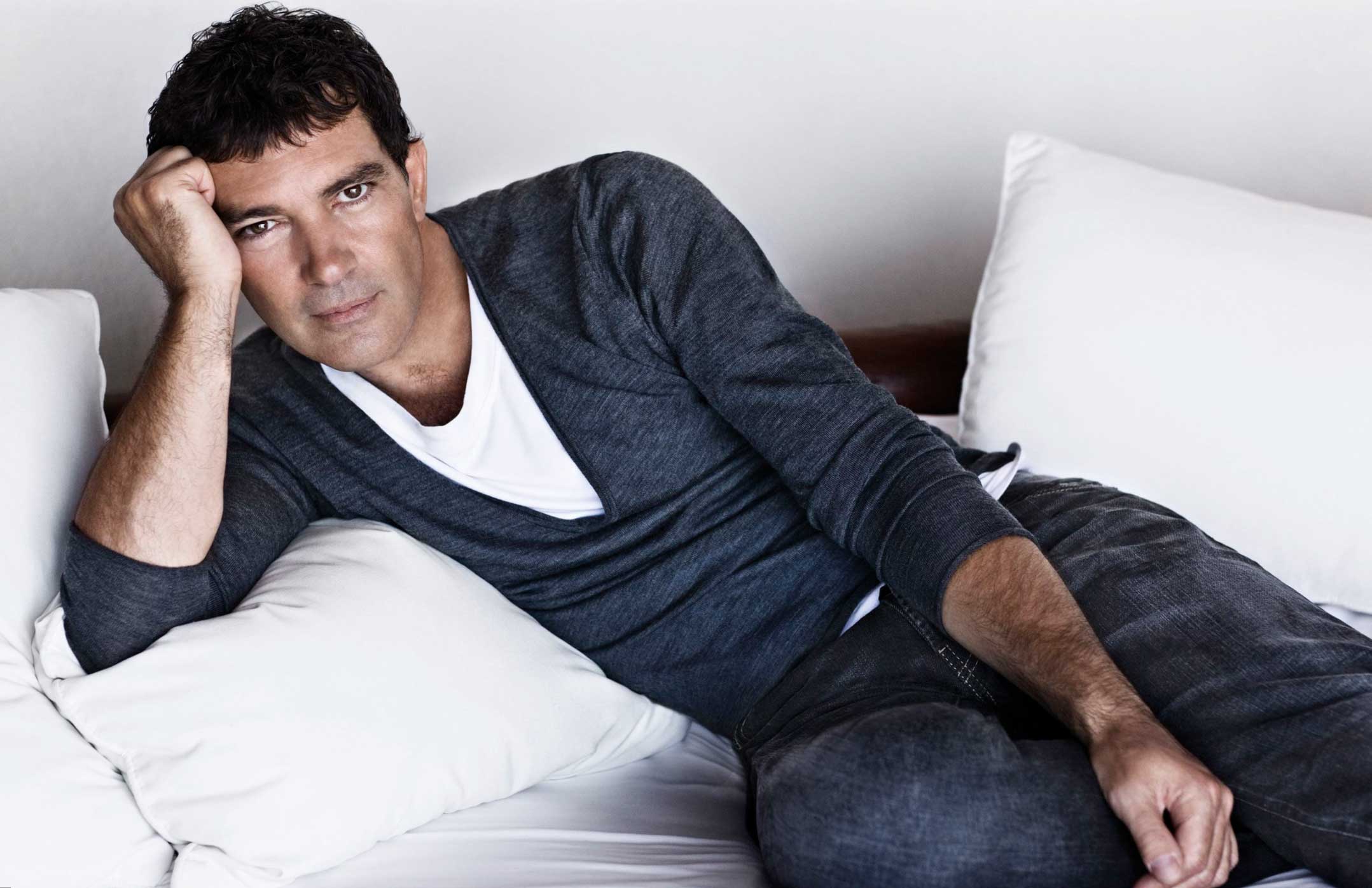 Why did Almodovar want especially you to play it in the film “Pain and Glory”?

When I asked Pedro why it was me who should play his alter ego - Salvador Malo - he answered: “If I decided to show myself on the screen as sick and old, then at least this image will be embodied by a sexy guy!” But in fact, Pedro and I have known each other for a long time, we have a long-standing friendship. Most of the events shown in the film happened to him actually, and I was a witness ... I don’t know whether it is possible to talk about this as an advantage, but just recently I had a heart attack and started having heart problems. So by the time of filming I was already well acquainted with physical pain and human experiences on the verge of life and death. Of course, not everything that is shown in the film happened to Pedro. In his life, there were things about which he wanted to tell but did not tell, wanted to do, but could not. This picture is similar to a biopic, but it has a lot of artistic fiction. I know this for sure because we have been friends with Pedro since 1980, that is, for almost forty years. For Pedro, this film is not nostalgia, but rather reconciliation with the past. And I am grateful to him for entrusting me with playing himself, the most intimate moments of his life. 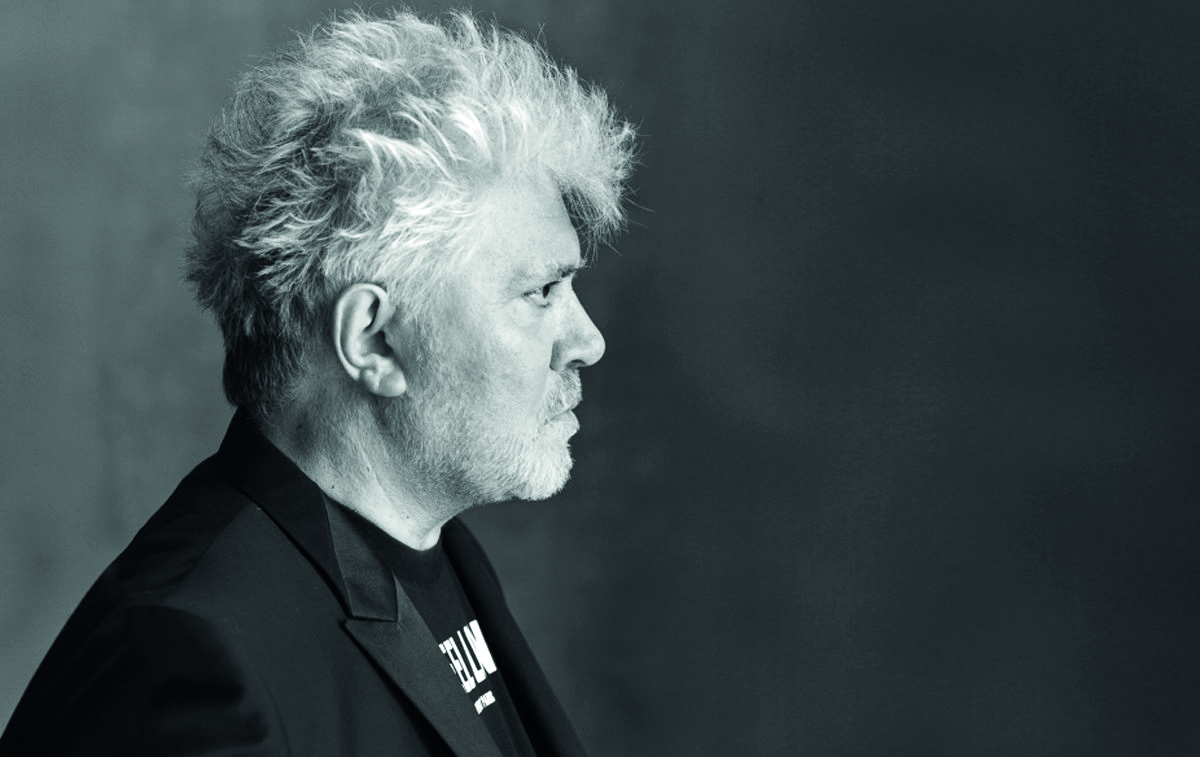 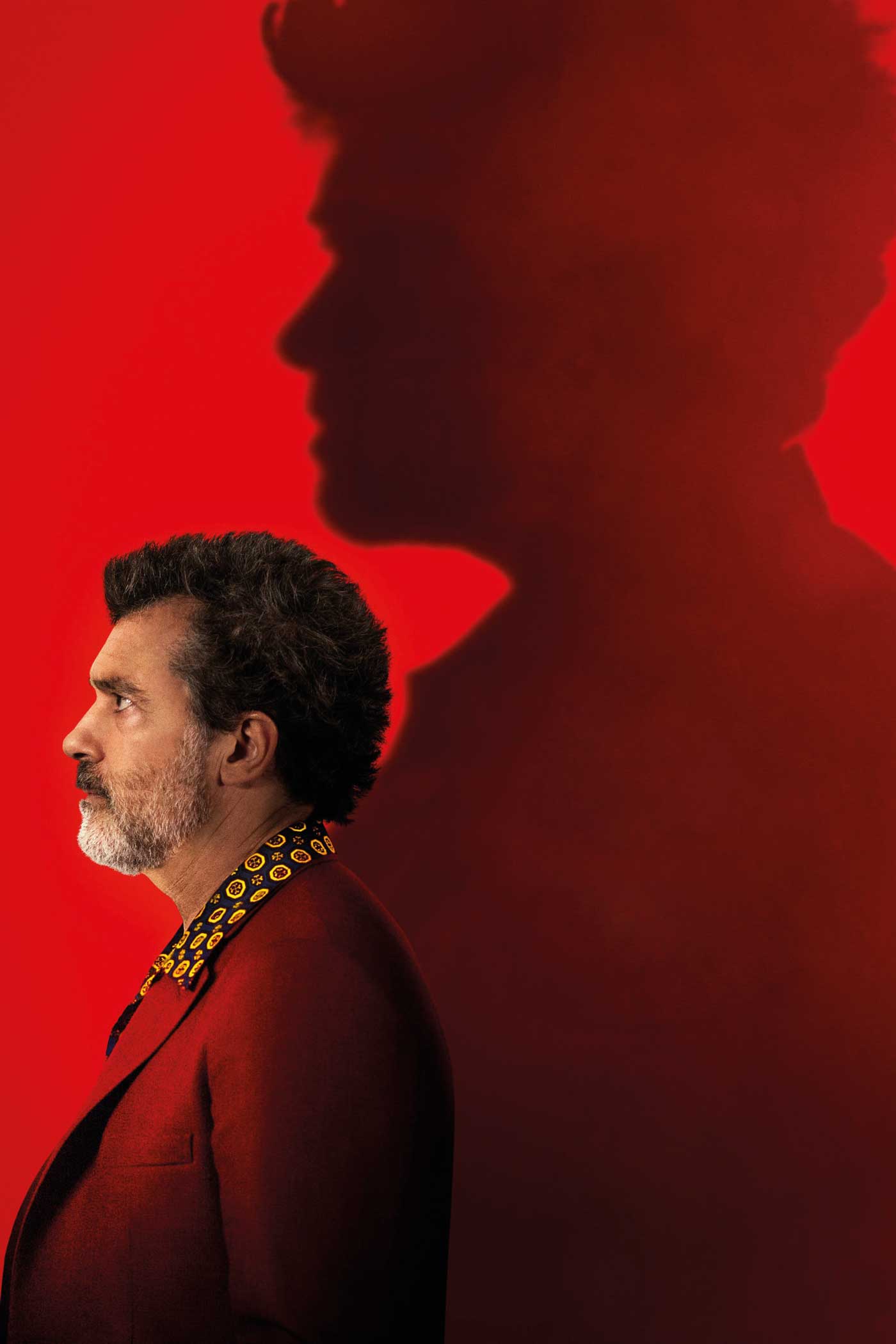 How did you react when you learned that Penelope Cruz will be one of your partners on the set?

I first met Penelope in New York, she was then 18 years old. She just blinded me with her beauty and charisma. I starred in the film Philadelphia, and she was thinking of moving to America. We were prophesied of glory, they called us "Sophia Loren and Marcello Mastroianni of Spanish cinema", but our paths diverged. None of the directors managed to make a cult couple of us, even Almodovar. And in the "Pain and glory," we almost never met: she plays the mother of a small child, and I - an ageing hero. But recently, Penelope and I began to prepare for one joint project in Spain. I will show only one thing: if everything works out, we will finally work together.

How do you yourself experience pain and glory?

As I said, two years ago I became seriously ill. There was a heart operation. It passed with minimal intervention, but when stents are inserted into your heart, it becomes scary. It was not so much physical pain that bothered me, but emotional shock. I thought: “Something is amiss with my heart, which means that my life is in the balance!” I remember at the hospital a nurse asked me: “Do you know why they say “you break my heart”? Because the heart is not only an organ, a pump that accelerates oxygen through the vessels, but also a place where our emotions are hidden since this disease happened to me, I have changed a lot - I have become sensitive, vulnerable. For any reason, I can cry, whether I like a movie or a sad melody ... While a person is young, he often thinks only of himself. Today I think more about others, feel connected with people, things, phenomena ... In my youth, I was a maximalist, but with age, you stop living on the principle of "all or nothing." Therefore, I try not to break ties with people, with once-beloved women. Pedro, probably, noticed all these changes in me, therefore he wanted me to show on the screen the pain that he experienced. 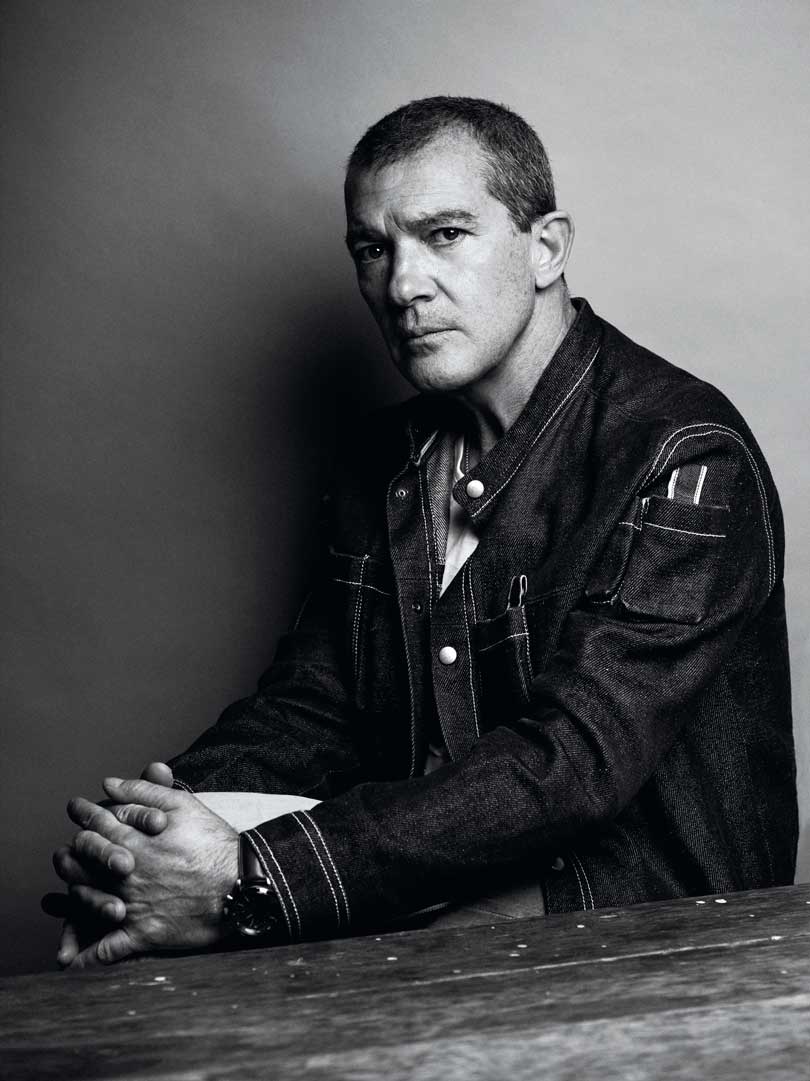 Is it true that you started your acting career with the theatre?

My parents were big fans of the theatre and often took me to performances. But as a child it was not always clear to me what was happening there: why do some adults stand on the stage and tell something to others sitting in the darkroom, while those in the room either laugh or cry? ... В детстве мне казалось забавным, когда родители говорили: "Actors played well today." And coming to the theatre, I started to watch some older actor and thought: Is not he too old to play?

Today I really appreciate that the audience in the theatre is forced to turn off mobile phones. I guess I'm really getting old, but modern technology annoys me. What I don't like today is human narcissism, a cult of selfies, narcissism ... Well, in the theatre, I appreciate the constant fluidity of time, movement. Here, any performance always has its own new “tomorrow”, because everything can change a thousand times - both the actors' play and the audience’s reaction. 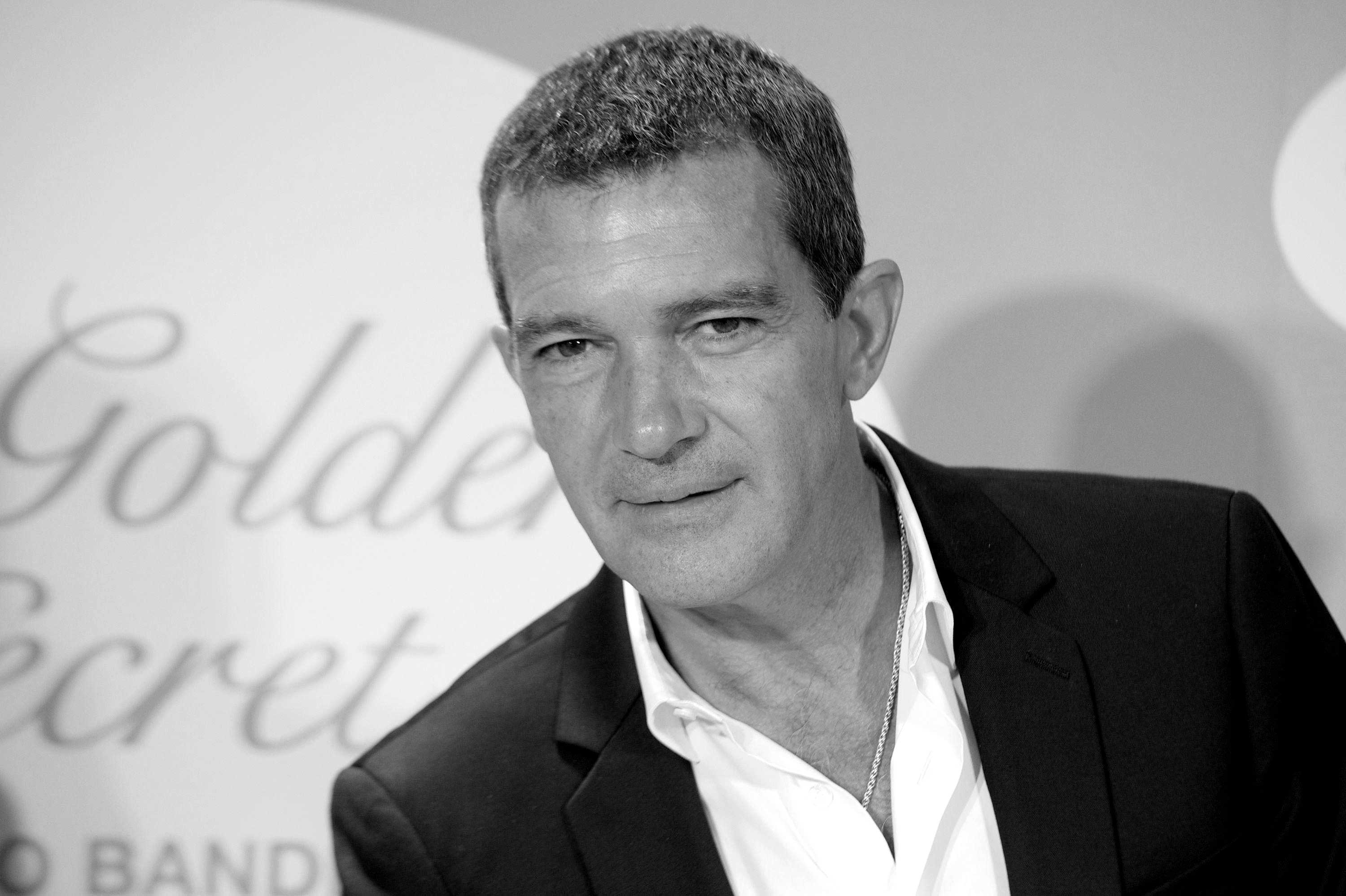 You speak with such love about the theatre! How did you turn out to be a movie artist?

It is pure coincidence that eventually resulted in 130 pictures! Everything happened in Madrid. I, with my theatre troupe, as usual, performed at the National Theater. About an hour before the performance, a strange type approached me with disheveled hair and a red briefcase in my hands. Something in him attracted me, we got into a conversation. He spoke very quickly and a lot. According to him, the day before he saw me on stage and was extremely impressed. So we chatted with him until it was time for me to go on stage. Before leaving, he said: "You have a very textured appearance, you certainly need to act in films thanked him, but I thought that my unexpected fan was a little crazy. After his departure, I critically examined myself in the mirror for a long time - from there some Neanderthal man with long hair and a beard looked at me ... We did not even exchange phones, did not introduce ourselves to each other. But it turned out that one of my friends was familiar with this strange type. That friend said that his name is Pedro Almodovar and he recently made his first film. “But it seems,” my friend added with a grin, “that this film will be his last.” From that day, Pedro often began to look into the theatre. And one day I saw a famous Argentine actress sitting next to him in the auditorium. After a while, he appeared in my dressing room and offered to star in his film for with an Argentinean star as a couple. I replied that I had never acted in films, on which Pedro just blithely waved his hand: "For everything, there is a first time." The film was called "Labyrinth of Passion." It was almost 40 years ago!

Well, what happened then?

I “grew up” very quickly and turned from a child into a man. Almodovar's scripts were very strong, quite provocative and sexually bold. Often I felt uneasy at the thought that one day my mother would decide to see what her son was doing in the cinema. I was tormented by questions: what would she think, what would her friends, colleagues in the theatre say? .. Fortunately, Almodovar's first films were not very popular yet. My mother was at the cinema many years later when we shot The Law of Desire - there I kiss a man. After that, my mother did not want to talk to me for a long time. Only after some time, I managed to clarify something for her. In this film, my hero was supposed to kill one guy, and the scenes of violence were very cruel. Then I asked my mother: why is it not these terrible shots that trouble her, but only what the neighbours will say about me? She understood and ceased to be so nervous.

What was Madrid like forty years ago when you started your film career? 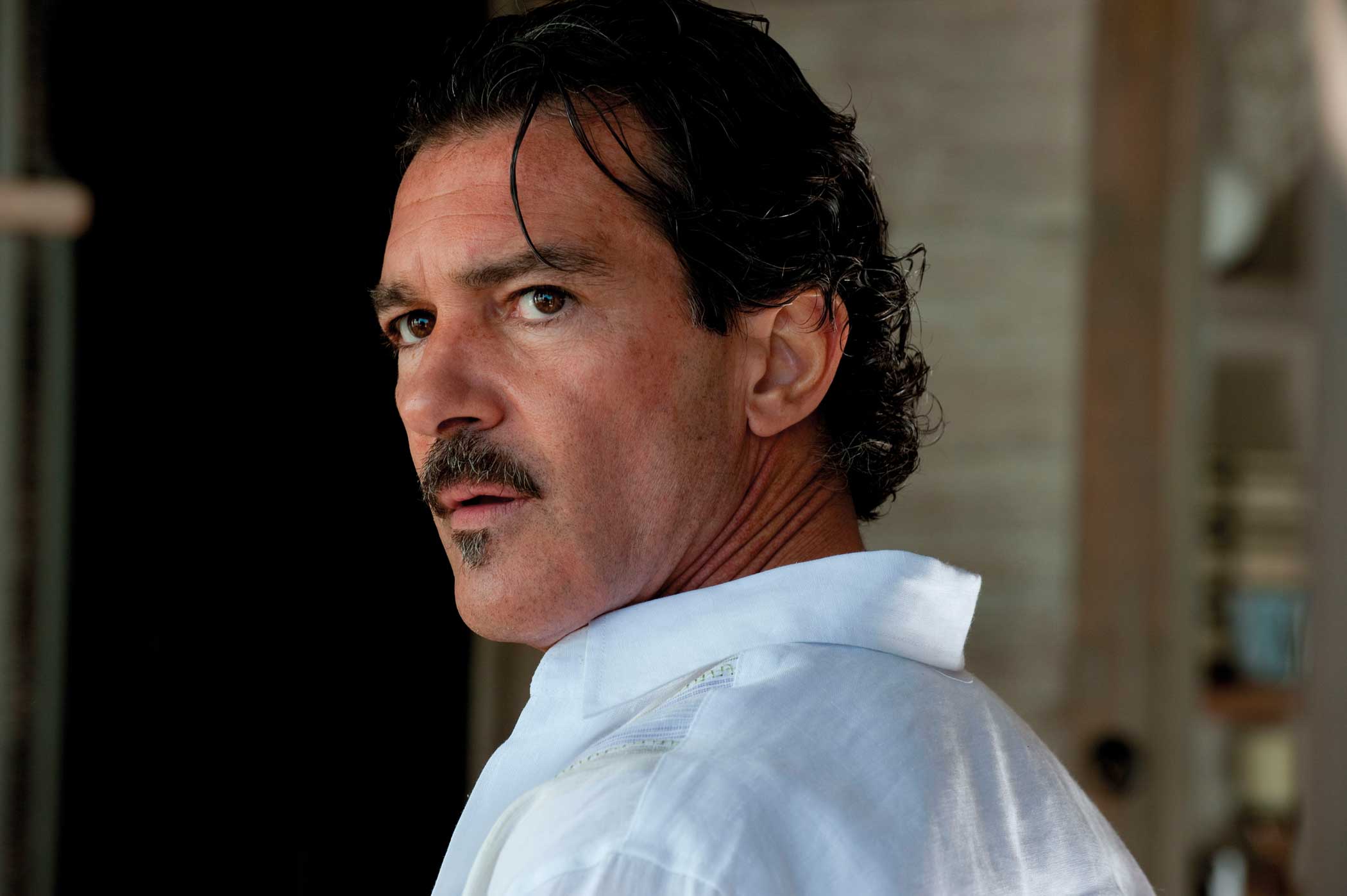 And how did Hollywood meet you?

When I arrived in the States, I was 31, and my first film was called "The Kings of Mambo." I did not know a word in English, and the actor who played my brother did not speak Spanish. So that I understand the director’s commands, a translator was assigned to me. It wasn’t so difficult to play without knowing English, because before that I had acted in action films that did not require extensive monologues from the actor - body language is important there. I understand why popularity came to me so quickly. In America at that time, an image of a heavyweight, such as Arnold Schwarzenegger, was cultivated. Against his background, I was more elegant, more plastic, and besides, I moved well, both the studios and the audience liked it. Today I understand that Hollywood is a real factory, although it produces good, high-quality products. For a long time, I worked at the junction of independent European cinema and the American studio mainstream. Today I give preference to the first, that's why I returned to Europe. 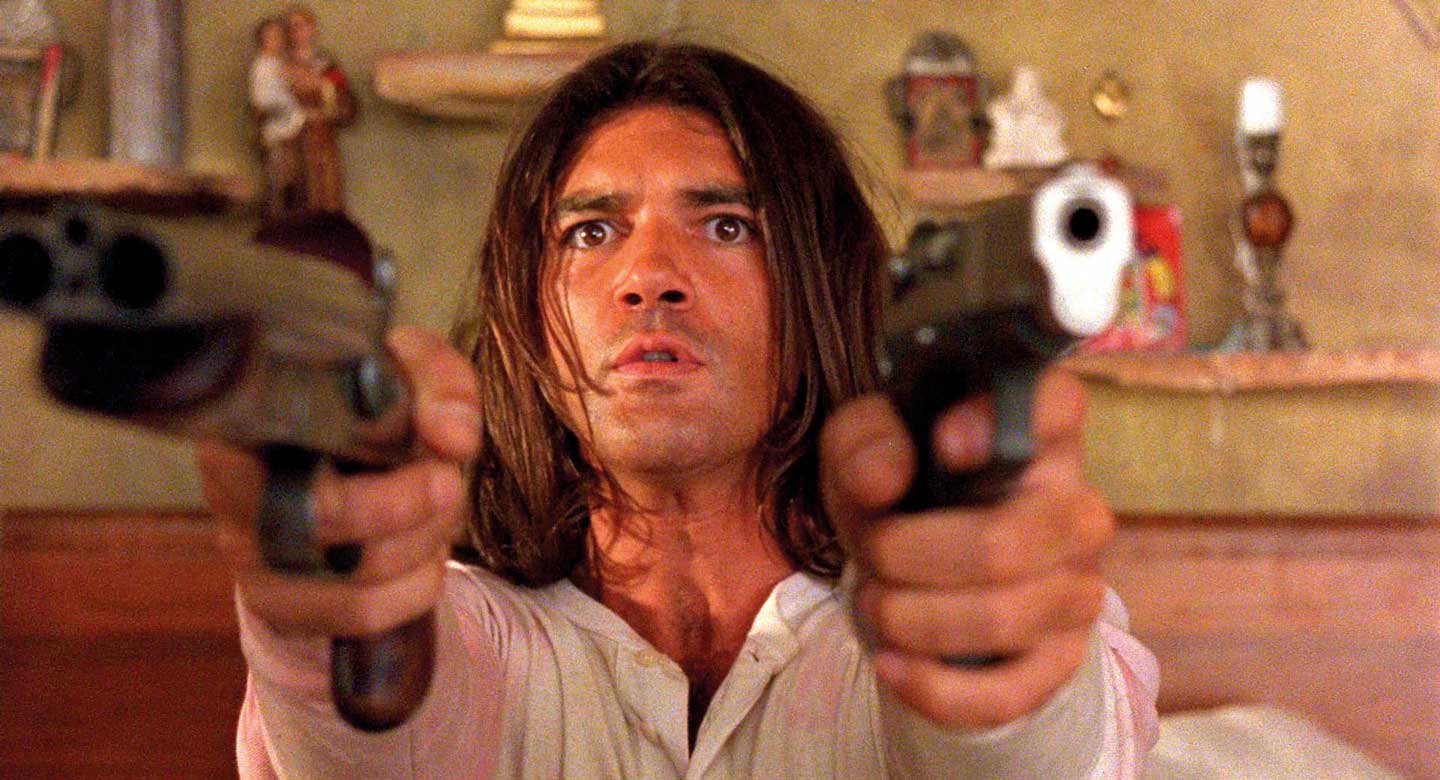 What other problems did you encounter in Hollywood besides language problems?

In Spain, I was a multifaceted actor, in Hollywood, they suddenly made me a sort of Latin hero-lover. At some point, conversations on this topic made me so sad that one day, at a press conference on the occasion of the release of Zorro, I told reporters: “Perhaps in the entire history of world cinema there was no actor who played as many homosexual heroes as I did!” In Puritan America, my statement caused a real shock. Showered with questions about how I feel about it. I replied that I was very happy about the opportunity to embody a variety of characters on the screen because this is what is called real acting! This may seem like a joke to some, but the actor’s work is constantly associated with risk, and this is emotional, and each new picture may turn out to be the last. I love all my films - both good and bad. I would compare them with my children: when everything is fine with the child, we love him, but if he is sick, we love him even more. Maybe some of my pictures have failed because the viewer does not feel contact with them? For me, they all became a good school of life. And life is like this: sometimes we win, sometimes we lose. This is a constant change of pain and glory.

What are your plans for the future?

I recently bought a small theatre in my hometown, Malaga. I'm going to play there, I hope to organize an acting school and attract young talents.

What advice would you give young people?