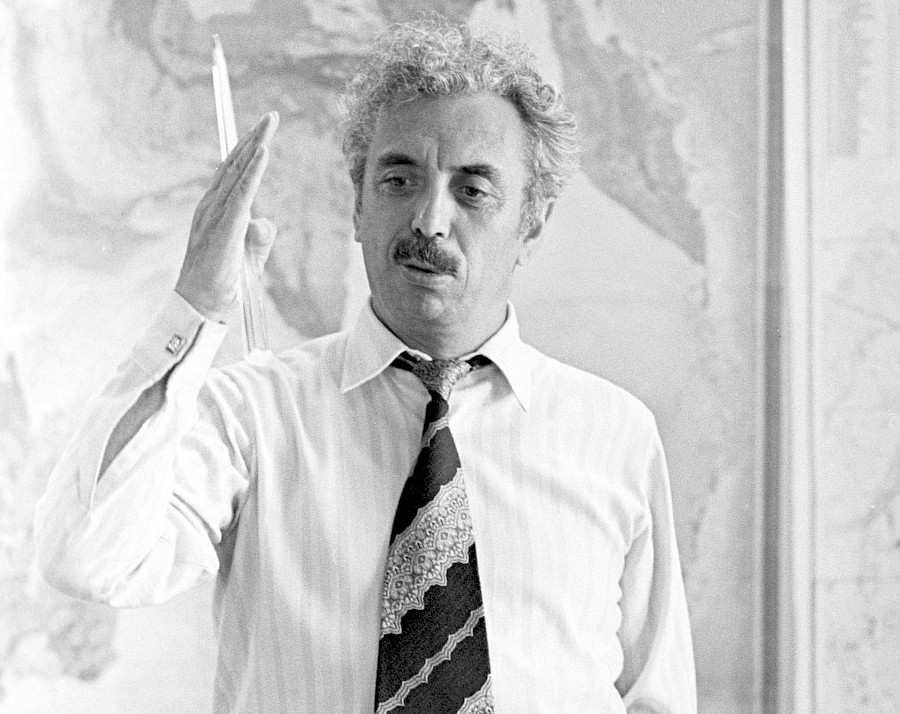 It is said that good luck, success in career and love depends on us ‒ on our ability to attract and persuade, influence people and lead them. Farman Salmanov, according to his contemporaries, possessed all this set of qualities of a charismatic personality inherited from his ancestors. The extraordinary magnetism of this man influenced not only the course of amazing events in his life but also, without exaggeration, the fate of the whole world. A simple guy from the provincial Azerbaijani town of Shamkhir, having studied to be a mining geological engineer, ended up in Siberia by the will of fate, about which he dreamed and knew from the words of his grandfather, and contrary to all forecasts made a sensational discovery ‒ he discovered rich deposits of oil and gas. 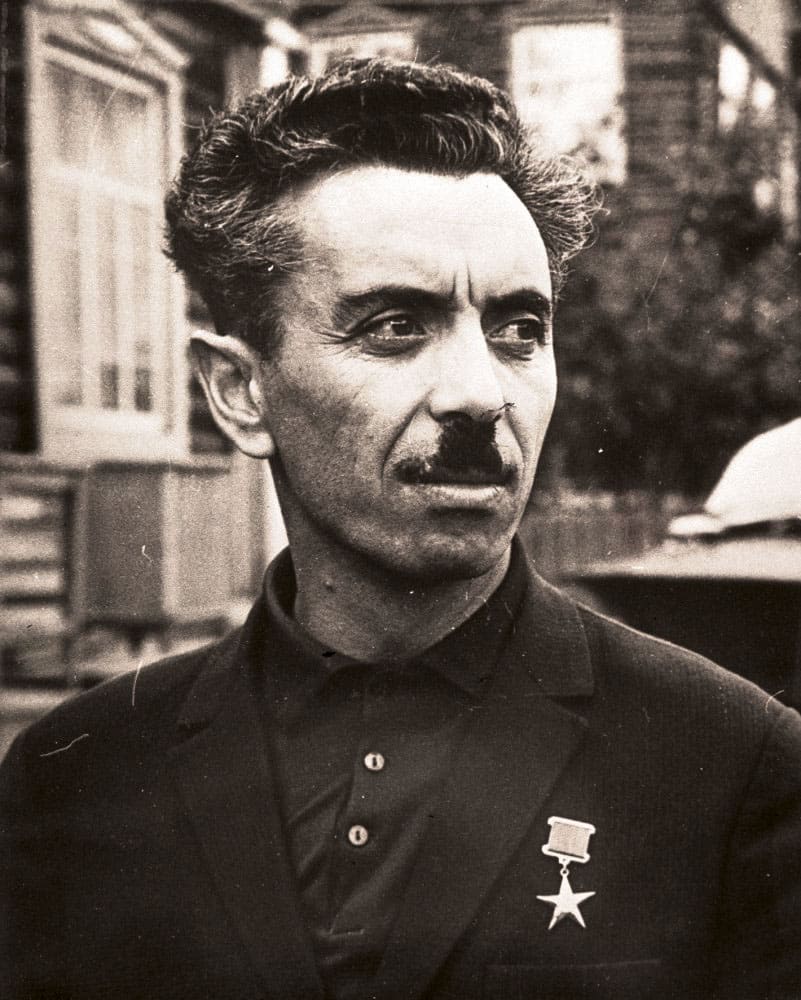 For centuries, the blessed land of Azerbaijan has been famous for poets, scientists, researchers, craftsmen... It so happened that it was Azerbaijan that became the place where the oil fountain first scored, which, if you think about it, gave a new vector of development not only to this region but to all of humanity. Since the time of Murtuza Mukhtarov, Azerbaijanis not only participated in the extraction and processing of "black gold", but also made valuable discoveries, introduced many technical improvements and innovations in this important business for the entire industrial world. Among them, our fellow countryman Farman Salmanov has a worthy place, having a well-deserved title of the most productive geologist in world history, who participated in the discovery and development of the now-famous giant oil and gas deposits in Russia.

The history of the Salmanovs is quite remarkable. Farman’s father, Gurban Salmanov, was a native of the Azerbaijani village of Morul. The family had four children: the boys Farman, Mais, Ilgar and the girl Amura. The girl has received such an unusual name thanks to her great-uncle Suleiman Salmanov, whose life story could serve as an adventure novel.

In his youth, Suleiman refused to give back a part of the cattle belonging to his poor family to the local mosque, thereby violating religious custom, moreover, he set dogs on the molla! Disobedience caused the rebel to be expelled to Siberia in 1888. There he participated in the Russian-Japanese war, was presented to several military awards and received the long-awaited early release. He returned home with his wife, a Siberian girl named Olga, who converted to Islam and changed her name to Firuza. The images of the magnificent Russian open spaces sunk deep into Suleiman’s soul: he often told his grandchildren about his northern odyssey, he even wanted to call his granddaughter Amura-in honour of the great Siberian river. Holding his breath, little Farman listened to his grandfather's exciting stories about the amazing harsh land... 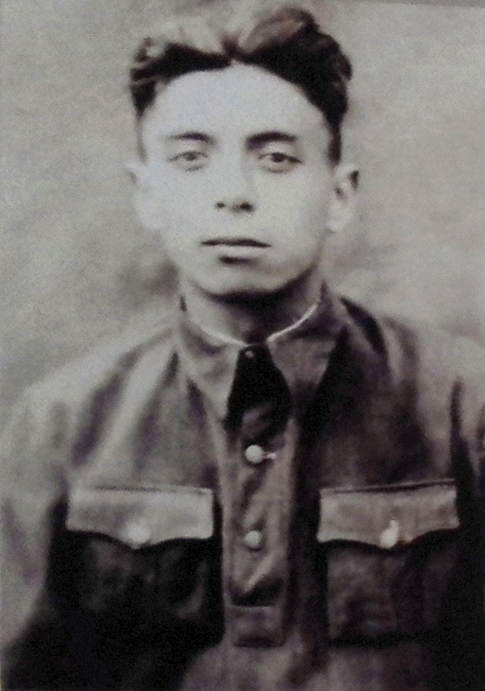 “My grandfather talked a lot about Siberia, about its beautiful nature and strong people. I listened and was surprised: is it possible for a person to walk on the river on foot? Maybe my grandfather was smiling because in winter it is very cold there and all the rivers are covered with thick ice. This was my first acquaintance with Siberia." 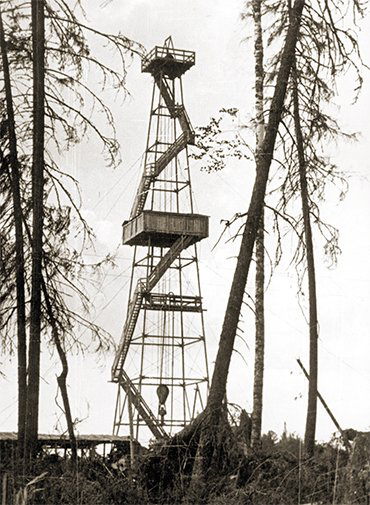 After many years, Amur will become a linguist, like her brother Ilgar. Middle brother Mais chooses artistic path ‒ beautiful voice would bring him great success in opera singing. Farman also became a legend of Soviet geological exploration. From childhood, he loved to roam the mountains and collect rare, beautiful stones. But in those dashing years, the affairs of the Salmanov clan went very badly. After the arrest of his father in 1937, the eldest son, still, a teenager, was forced to take on the role of the head of an orphaned family... Nevertheless, the ancients correctly noticed: luck protects the brave! In 1946, it took young Salman under its wing.

The legendary oil minister of the southern and western regions of the USSR, Nikolai Baibakov, a native of the Sabunchu region of Baku, travelled around the Azerbaijani regions and visited Shamkhir, in particular, he visited a local school. The eighth-grader Farman was instructed to convey the request of the residents of Shamkhir: to pave the road leading to the school and to electrify the village. He was one of the few who spoke a little Russian: close communication with children from a nearby German colony had affected his language skills. Nikolai Konstantinovich liked the nimble young man ‒ he saw a soul mate in the big-eyed boy. At the end of the meeting, Baibakov called him and asked who he wanted to become. “An oilman,” Farman answered without hesitation. Nikolai Konstantinovich praised his choice, saying: "Oil is the future of our country." Many years later, already a venerable specialist, Farman Salmanov wrote:

“This meeting was crucial. When they sent me to work in Baku after the institute, I wrote a letter to Baibakov asking for a transfer to Siberia. As a result, they called me to Moscow, and from there they sent me to Kuzbass and even issued money for a ticket. ”

But so far nothing has foreshadowed the brilliant future of this young man from Shamkhir. In 1947, Salman Farmanov began working as a collector of the Shirvan geological expedition. In 1954 his dream came true: He graduated from the Azerbaijan Industrial Institute and received the speciality of mining engineer-geologist. During practice, he finally had a chance to visit Siberia, which has been his dream since childhood. In Tyumen, he saw the first supporting wells, participated in conferences, where he spoke with great success. Farman's thesis was written brilliantly ‒ based on materials collected in Siberia, a storehouse of minerals. After the defence, his supervisor advised:

‒ Go to Siberia. Judging by your work, you can talk about the possibility of great discoveries.

Then Farman turned to Baibakov for help... By that time, opinions about the future of Western Siberia were divided. Many scientists were sceptical about the prospects of the Siberian region. On the side of sceptics was the government: the Ministry of the Oil Industry also doubted the appropriateness of developing oil in the land of impassable swamps and taiga. But Farman Salmanov believed that just in the Kuzbass, where there were large deposits of coal and where he had lived and worked at that time, there could be no large oil. Salman`s rebellious temper made itself felt. Despite persuasion and threats, he went all-in: in August 1957 he arbitrarily rented seven barges, loaded all the property of the Kuzbass party on them and headed for Surgut. In full confidence, firmly relying on intuition and his own calculations, but not yet knowing that his fate will be decided there and he will gain unfading glory…

A grand scandal broke out. It got to the point of trying to sue the impudent young geologist. But in time influential people came in, Siberians, who knew the young scientist well and believed in him, and the highly ranked Moscow authorities agreed to wait. In hindsight, an order was issued to transfer the party of Salmanov to a new place. The party had to live with the wives and children at the city station. Everything hung literally in the balance: failure could lead to the most undesirable consequences…

Significant fact: on March 21, 1961, on the day of the celebration of Nowruz, the first well near the village of Megion gave an oil fountain. It was a victory! Farman Salmanov sent letters of the same, very cheeky content to all his spiteful critics:

“Dear comrade..., in Megion, at a well No. 1 from a depth of 2180 meters, an oil fountain was received. Clear? Sincerely, Farman Salmanov." 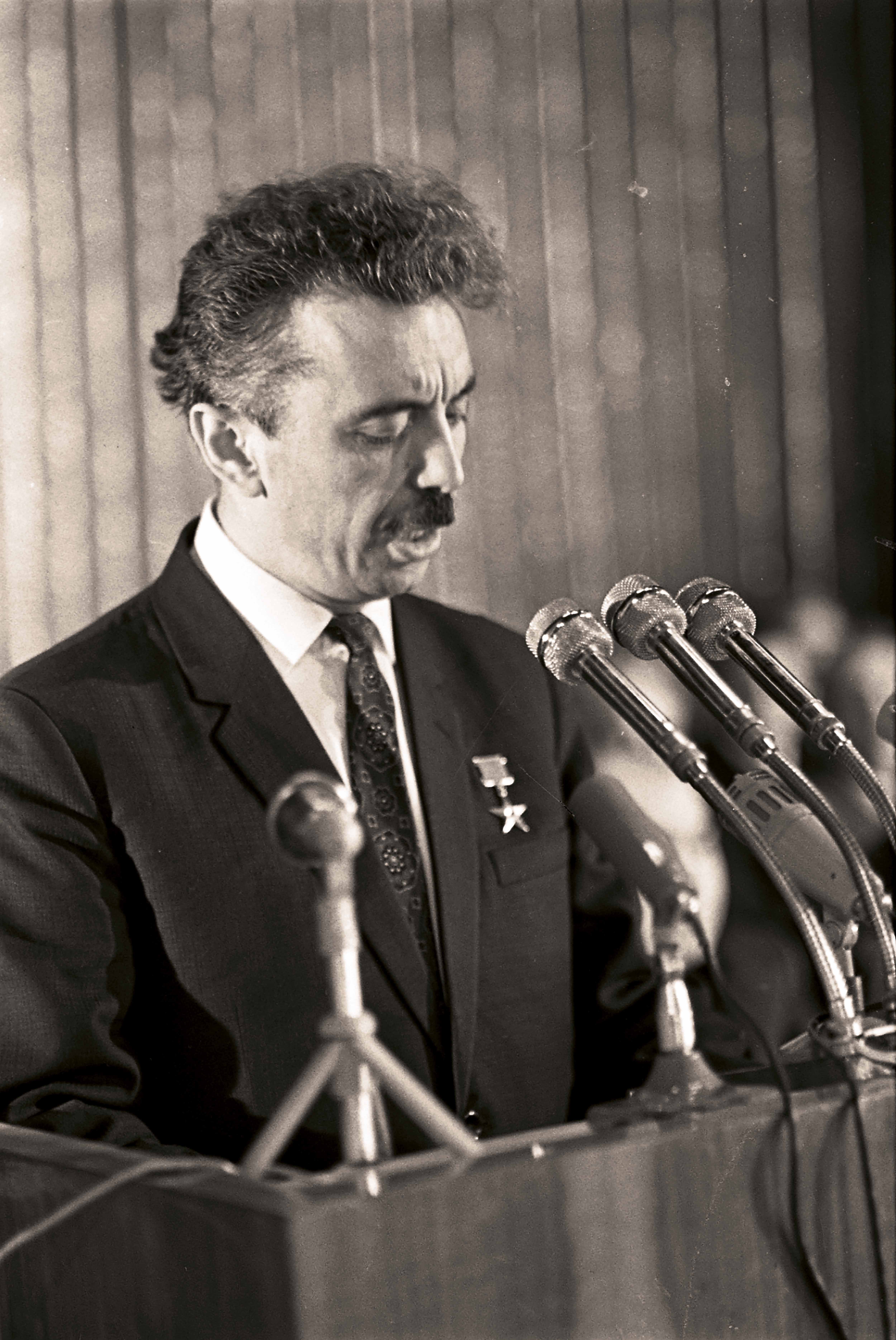 Since then, the share of Siberian oil is about 70% of the total volume of oil produced in Russia, and gas ‒ 90%! These reserves of the most important natural resources have been Russia's strategic energy supply fund for many decades. And the role of our fellow countryman in the discovery of these treasures is simply invaluable. A single listing of the merits of Farman Salmanov may take several paragraphs. A bright, versatile personality, he was not only a scientist, geologist, but also a wonderful family man. The wife of Salmanov, Tamara Vasilyevna, said that she always felt like a real Azerbaijani woman with him... Their children: son Ilya, Honored Doctor of Russia, actively involved in social activities, and daughter Tatyana, judge of the Regional Court of the City of Tomsk, are worthy successors of the Salmanov family. The great-granddaughter, who lives with her parents in St. Petersburg, dedicated her first work to the legendary great-grandfather Farman. A reverent attitude to the aksakal of the family, the pride of the family is a feature of this family.

The merits of an outstanding geologist and scientist are appreciated in the Russian Federation: On August 29, 2013, a bronze monument to Farman Salmanov by Zaur Rzayev was unveiled in Tyumen. And this is just one of many signs on Russian and Azerbaijani lands that have perpetuated his memory. Farman Salmanov became the hero of numerous documentary and artistic works, and on May 31, 2019, by the decree of the President of the Russian Federation, the name of Farman Salmanov was officially assigned to Surgut Airport. Farman Salmanov is not forgotten in his historical homeland ‒ on September 26, 2006, President of the Republic of Azerbaijan Ilham Aliyev warmly received him at his residence. The old scientist noted with a startled feeling that he felt a sense of great pride, observing the comprehensive development of independent Azerbaijan.

The heart of the outstanding scientist and geologist Farman Gurban oglu Salmanov stopped beating on March 31, 2007. In the people's memory, he will remain Prometheus, giving people fire, freeing him from the bowels of the earth, and showing the way to the stars. 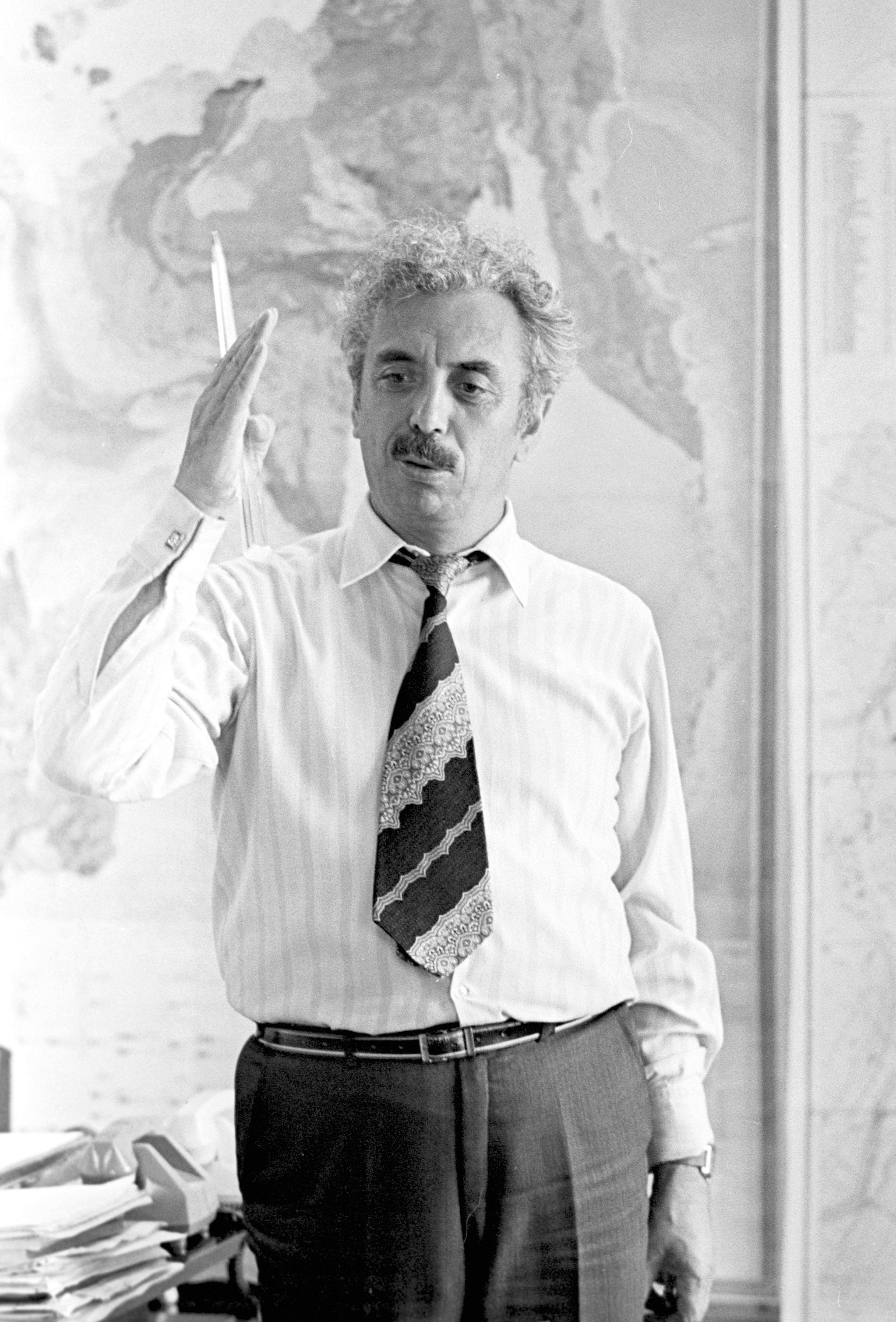 Art by the touch: new project at Azerbaijan Carpet Museum