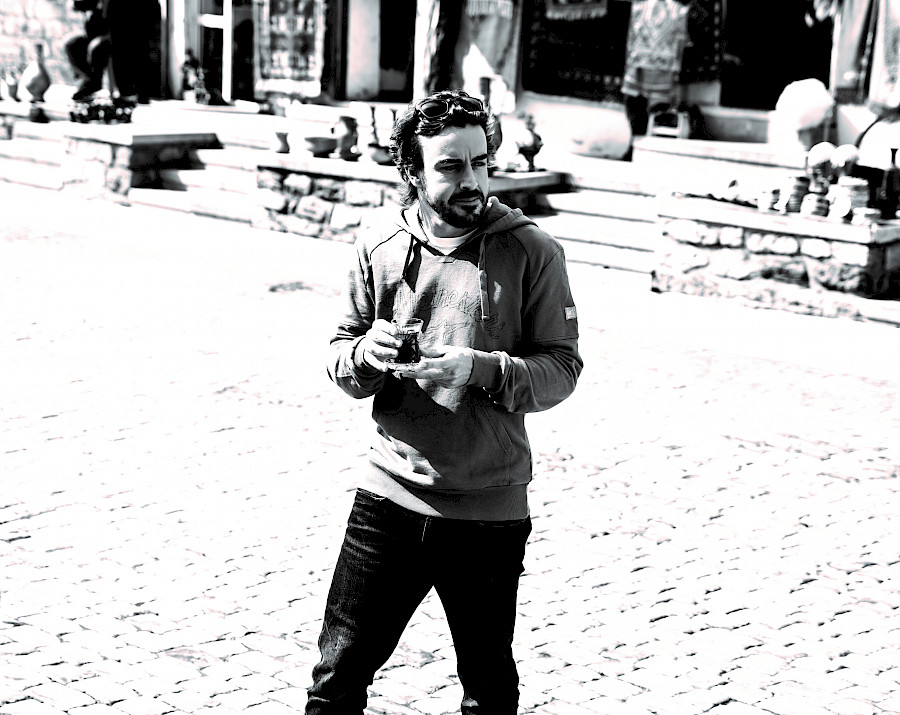 Seating their three-year-old boy behind the wheel of self-made cart, his parents like nobody else, did not suspect that in twenty years their child will become the youngest two-time world champion. Numerous victories in national carting tournaments, the Formula-3000 — everything led to Formula 1 Champion title… Now, please meet: Fernando Alonso, first and for today single Spanish on champion’s throne, and in addition, the youngest!

If you had the right to change the race rules, what would it be?

Definitely – I would allow high speed cars! In last years a lot of things changed, and now race cars are not the same anymore - the speed is lower, but they are more eco-friendly… In a word, less adrenaline, and Formula One is not the fastest cars in the world anymore.

How would your life turn out, if your father did not put you behind the cart wheel in three years? What would you do, if not Formula One?

Hard to say. But I like all kinds of sports, and cannot imagine my life without it. Who knows, how would my destiny come out if my father did not make this cart for my sister!.. Today I cannot even imagine another way of life. Initially this cart was intended for my elder sister, when she was eight years old. Except, she did not show any interest in motorsport and in each father’s attempt to set her at the wheel ended up with tears and running away, while I enjoyed driving and smiled. Later my dad adjusted the cart for my height: my legs did not reach pedals… Well, and today I do not imagine my life without wheel. For me races became a part of life, and Formula One is the next stage of these races. The destiny chose this path for me, and I enjoy each moment.

How did your family react to your hobby? Race cars are quite dangerous.

My parents supported me from the first days. Since childhood they allowed me to do what brought me pleasure, despite very different reaction of people around. I am very attached to them. They had to sacrifice a lot for the sake of my success…

Honestly: do you ever feel scared before the race?

To be honest, I am more scared by the perspective of “normal” life. How would it be? I must admit, I am afraid of future: I drive cart since I was 3, and now I really cannot imagine myself waking up, going to supermarket, cooking for myself…But before the race – never. In sports, probably, the moment you start to be scared everything comes to an end.

You mentioned in one interview that 2017 will be a final year for your career of the racer. Why did you make such decision?

I think, each sportsman has the limit of endurance, his term. Usually big time sports are left at 35-40. There a few examples, when the athlete overcame this age boundary. Besides, being a racer of Formula One, you go through an enormous stress: travelling all the time, continuous trainings — all this is very exhausting, and plus, the constant risk of danger when driving… I am in this sport already long enough and, I think, that nevertheless soon will come my turn to start the new page of my life. Besides a number of changes in rules of Formula One is planned for 2017: reduction of speed is expected — safety of the racer has to be on the first place. And just in 2017 my contract with McLaren — Honda comes to an end. But still the whole year is ahead. Perhaps, next year they will offer me a high-speed race car and I will continue my racer’s career. For me the most important thing is the speed, adrenaline! So — who knows…

So you think that you will still be able to lead a normal life?

To be honest, I don’t know. One thing I know: speed is my life. I cannot imagine myself an orderly, “normal” life, I don’t even know what it is.

Ordinary, as you speak, “normal” life is, first of all, an everyday dealing with many household problems. Do you often go to supermarket?

Of course, I have been there, but it was always accidental, and not a part of my everyday routine in any way. I’m just not into that. Five-six days a week we train, then rest for a week — and back on the road: China, Australia, Azerbaijan…

Well, and how you are going to live without your usual daily dose of adrenaline?

Actually, it is even interesting! Someday I, of course, would like to start a family, to have children — in a word, to begin that "normal" life. I don’t know how will it turn out, but I want to try it very much. I have such feeling that now I lead my life at very high speed — both in a race car, and outside of it…

Will you allow your future kids to follow your footsteps?

If they will want it — of course, but I will not force them. When they are seven-eight years old, I will just put a tennis racket and a basketball, perhaps, even a cart in front of them, and then all of us together will decide what attracts each of them most of all.

So you will support them even in the choice of such dangerous profession?

I will support any their decision. 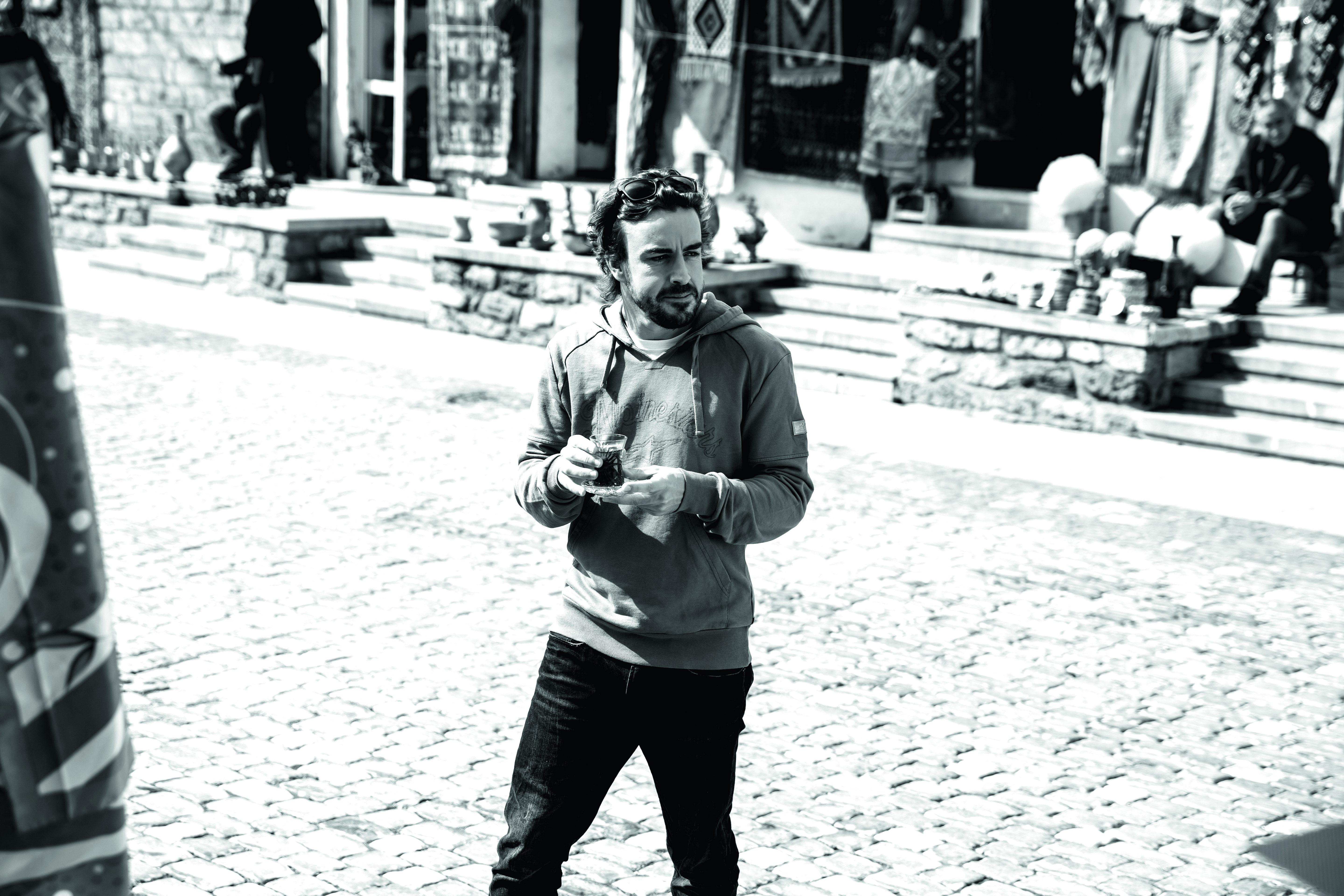 And on the other world tracks?

In fact, now everything does not come down to development of speed on a straight line — it is all about the speed on turns, rises and descents. It’s all different now: It’s not the speed and adrenaline on the first place, but ecology and financial safety — the higher is speed, the higher are the costs on repair works. Unfortunately, new rules make this sport less attractive.

Do you have a Formula One icon? Someone whom you want to be like, whom you dream of matching or surpassing?

Speaking frankly, I don’t. When I only started my career in Formula-1, Michael Schumacher already achieved the best results possible. He was already a legend, number one. I had honor to race with him, and to admit honestly — it was a serious challenge. For me he is a role model, rather than idol. Each sport has its legends: you enjoy competing with them, from participation in the show which took place thanks to these people and their talents.

Tell us about your mission of the Goodwill Ambassador in UNICEF.

Thanks to popularity of Formula-1 I have an opportunity to tell to the general public about problems of the poor countries, about an education system in Africa and Brazil where we built schools. Mostly, my activity is focused on children. Sometimes we forget about living conditions in some countries, and it is necessary to remind of them constantly. Unfortunately, because of being loaded with races and trainings I cannot do charity work big enough, but I plan to devote myself as much as possible to this noble cause as soon as I leave big-time sports.

Are you interested in Japanese culture, especially the Samurai culture? I heard, you have a tattoo with an image of an ancient Samurai…

You are absolutely right, I am a big fan of Samurai culture, I have many books about their ancient traditions and values. I think, it is very important also in the modern world to follow at least some of them: discipline, loyalty, special relation to life, respect for others. My tattoo is some kind of reminder of all this, for what Samurais battled for. All their lives they were faithful to the clan, the family. Each clan had its flag reflecting their ideas and the principles. I also have a family flag with names of my parents imprinted on it.

Your expectations from the upcoming race in Baku?

For me any race in unfamiliar country is some pleasant experience. Each place holds in itself the history, culture, traditions… Well and, of course, it is people. As for Baku, races of Formula-1 will take place here for the first time, and our task is to present this sport at the highest level, to make locals fall in love with it. My expectations from this weekend in Baku are very high.

And have you heard of our country before?

Unfortunately, not enough — from books and television, general information. Frankly speaking, I did not go deep… But now, having visited your city, I figured it out from inside. This tremendous mixture of the West and East, some kind of synthesis of east traditions with the European culture, friendly and warm people — all this was the most pleasant surprise for me! But even more I was surprised by the number of my fans. I did not expect such warm and huge welcome on city streets and at a press conference.

Which was the best advice that you got in life?

My father always said to me: "Enjoy the moment — nobody knows what comes tomorrow". I try not to make ambitious plans, and on the contrary — to take pleasure from the very moment. "Here and now!" — This is the main principle of happiness for me. 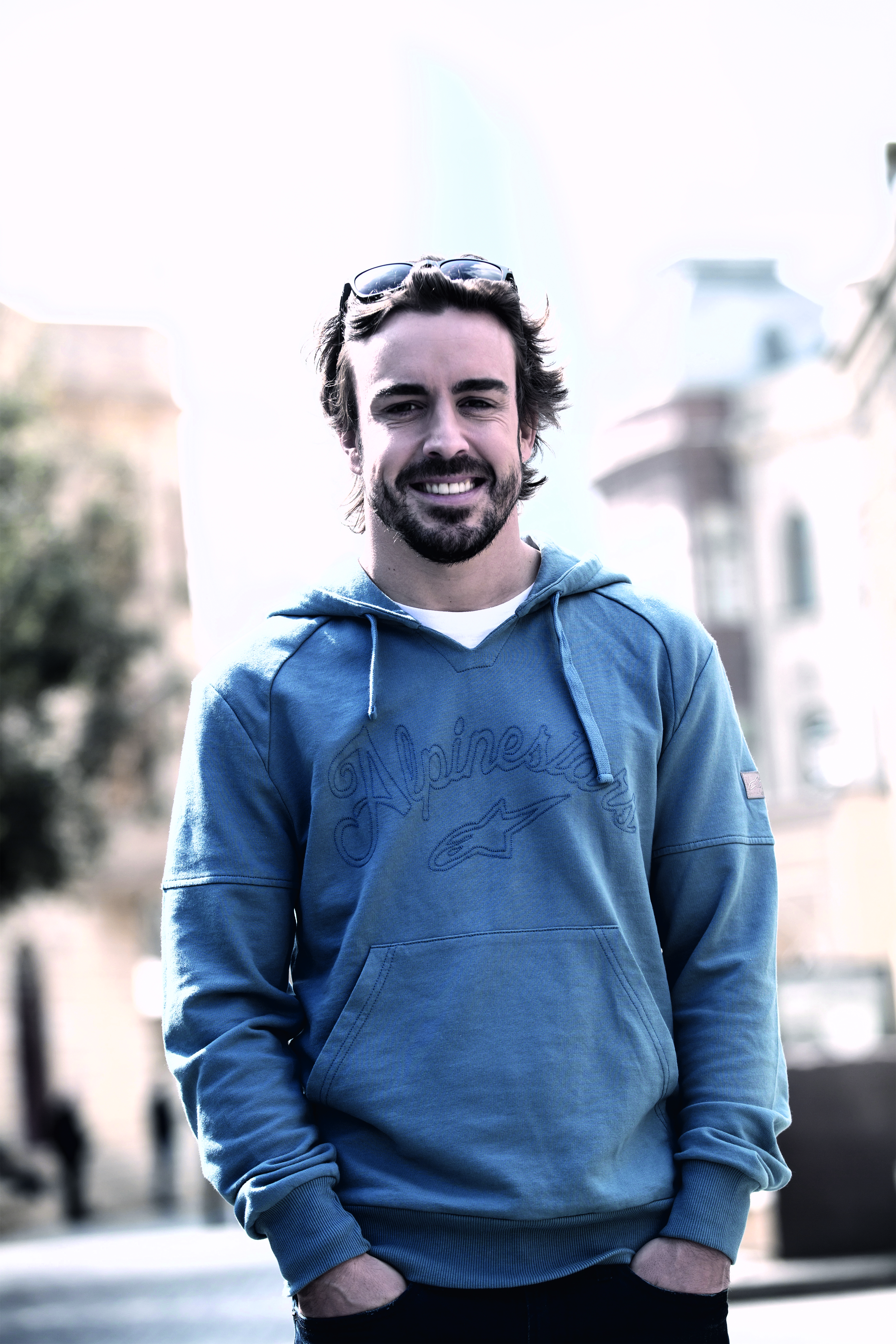 2003 Alonso’s first win in Formula-1, on Hungaroring track, Hungary. He became first Spanish and the youngest pilot to win Formula-1

2005 Fernando Alonso became the youngest World Champion in the history of Formula-1. 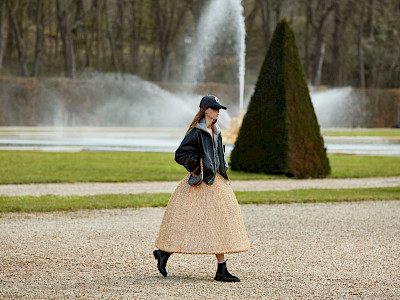 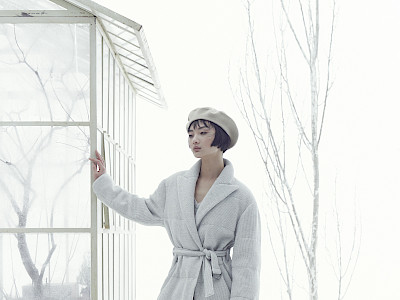 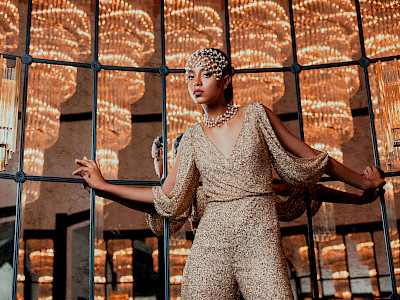