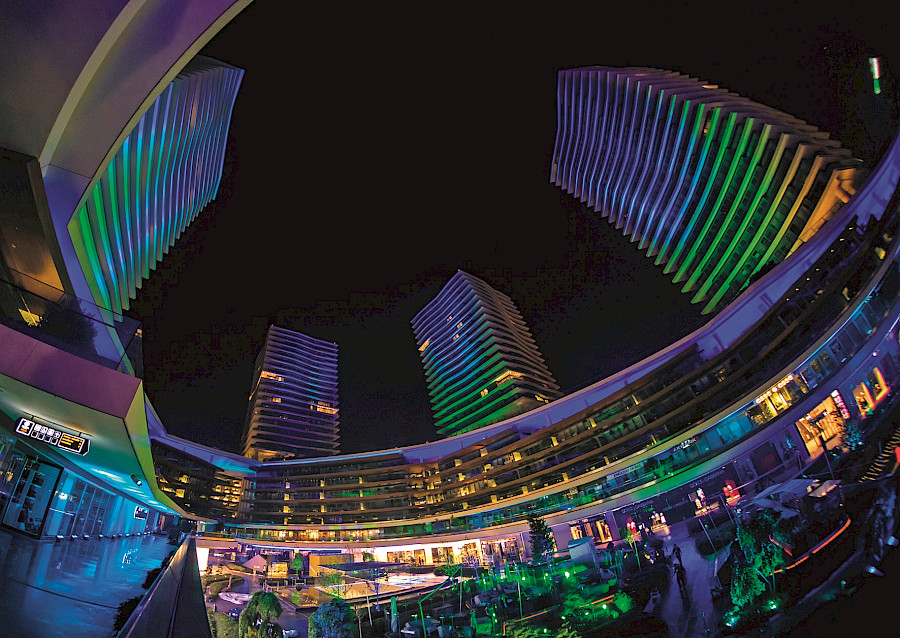 One of the fundamental beginnings of the universe, while being real and transcendental at the same time, represents the main source of our information about the world. Light is life, creation, continuous motion. It is around us, in our routine and above all – in art, in which like in a huge mirror are reflected our thoughts and expectations, reflections and feelings of mankind. 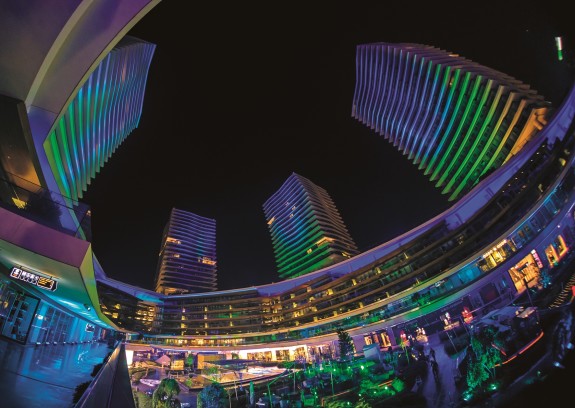 Renaissance – one of brilliant milestones in the history of mankind has left us an understanding of light as some substance allocated with the highest spirituality and absolute beauty. Leonardo Da Vinci advises – “Look at the light and admire its beauty”. Modern artists, by using their progressive technical novelties, managed to upgrade light art to an essentially new level. The evidence of that are numerous worldwide large-scale events during which the light transforms from the object to material, being used as the main form of self-expression. 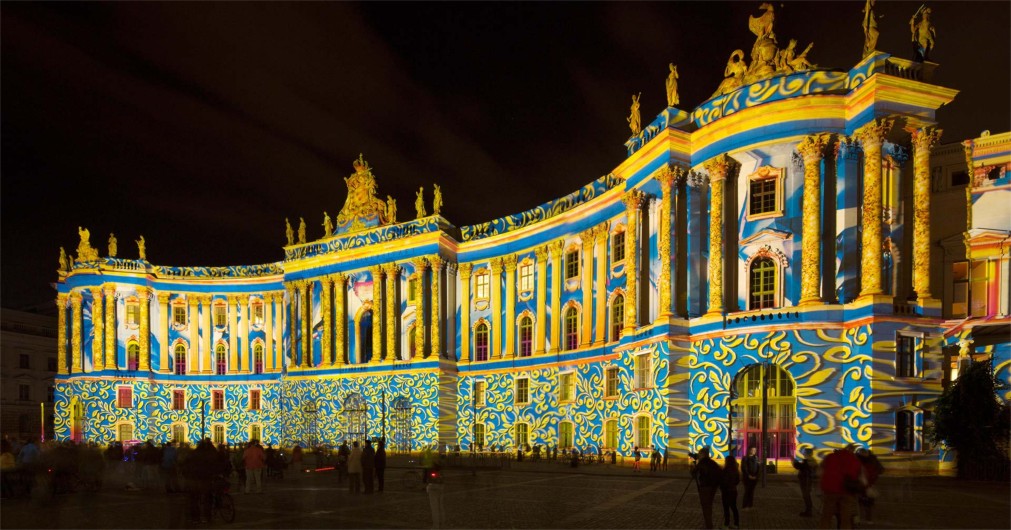 It all began in Lyon, in 17th century. Europe was devastated by plague epidemic, when desperate citizens of Lyon asked Virgin Mary for help, taking a vow to glorify her. Apparently, their praises were heard: the epidemic stopped without having reached the city. In honor of the wonderful salvation residents of Lyon created Virgin Mary’s statue to thank the defender in front of her sculpture. 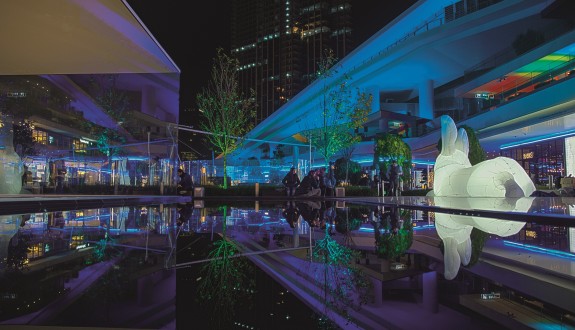 In the appointed day the strong thunderstorm burst over Lyon, but it could not hold a reverential rush of citizens who took to the streets and began to light fires everywhere in honor of the Mother of God. This is how the custom of illumination was set in motion. Soon this initiative developed into a tradition, and festivals of light began to be held worldwide. The light changes familiar sights to an eye in a wonderful way so they, like fantastic transformers, reincarnate into magical installations. 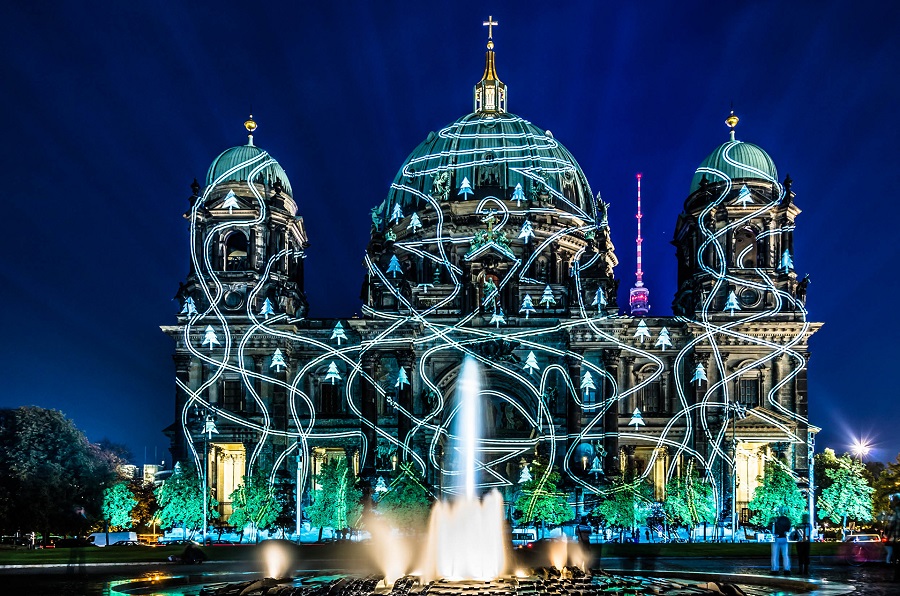 As a rule, these extensive exhibitions are followed by wide cultural program – a large number of entertaining events, concerts and so forth. One of the most known – festival of light in Berlin: thanks to large quantity of multi-colored lamps, magnificent fireworks and dazzling light of thousands of searchlights, it allows to see the city cheerful and colourful. 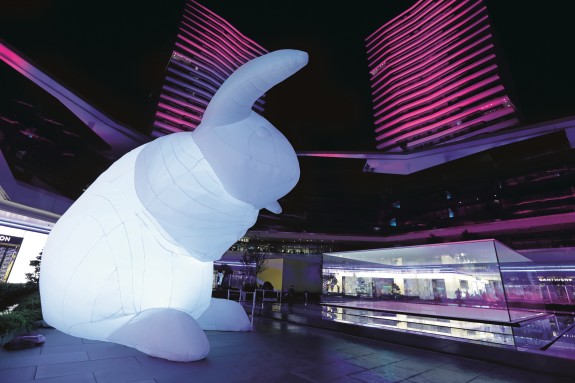 Celebration of the International year of light was dated for the millennium of writing of fundamental work of the outstanding Arab scientist Ibn al-Haytham "The Book of Optics".

Light festival Vivid Light in Sydney initiated the global movement of light festivals. For the period of the international festival “Circle of Light” famous objects of the capital take off their usual cover to dress up in bright neon. And in a botanical garden Nabana no Sato on Nagashima island in Japan there are rainbow illusions, polar light or sunset, created from LED light bulbs. The United Nations proclaimed past 2015 year International year of light and light technologies. 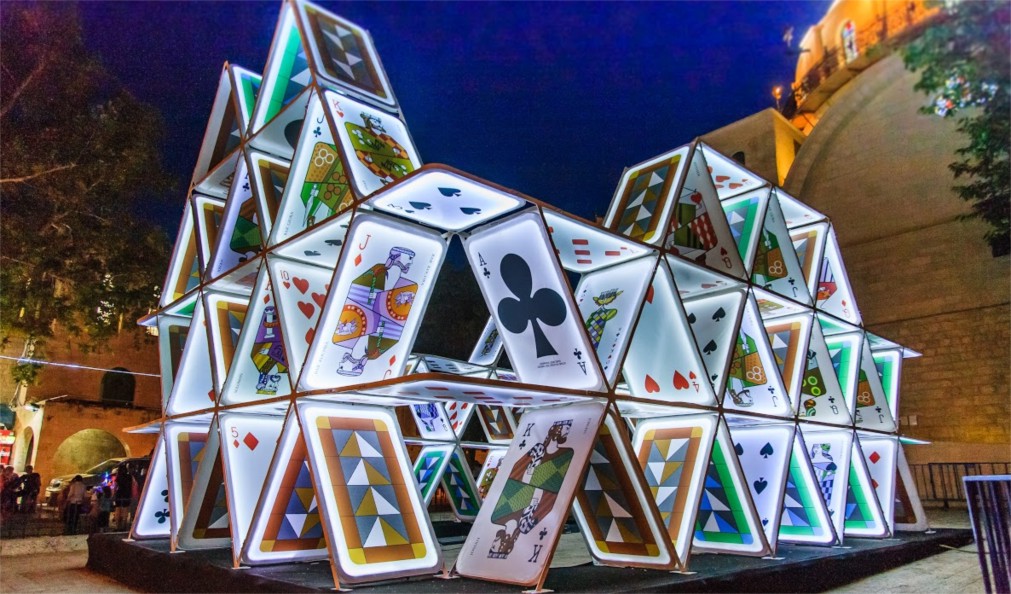 Celebration of the International year of light was dated for the millennium of writing of fundamental work of the outstanding Arab scientist Ibn al-Haytham "The Book of Optics". This is when the festival of light took place for the first time, which I was able to visit. It’s not surprising that the Raffles hotel was chosen as the venue of such event. Decorated with the Byzantine ornaments, crystal chandeliers, golden mosaic, ceramic and glass installations, it serves as an example of the true eastern luxury, and by quantity of the objects of art which are in it is comparable to an art gallery. 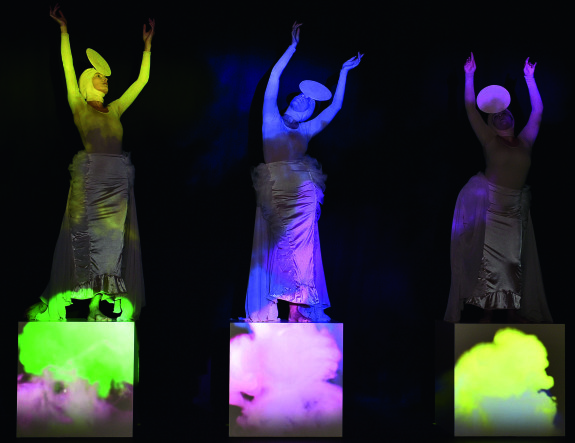 It is enough to look at the huge photocloth of Jean-François Rosier, representing the well-known Dolmabahçe palace or at Martin Do’s abstract bronze sculpture of Lavinia based on the work by the Turkish poet Ozdemir Asaph – one of the main sights of the hotel decorating its lobby. Striving to introduce the audience to the beauty, 22 modern artists from different corners of Earth during 17 days gave their ideas of light bizzare shapes, painted in different colors. Bright lights lit up the halls of Zorlu Center, its yard, the square, Raffles hotel and even tunnels of the subway.

Six neon night wanderers in the project of the Palestinian artist Alaa Minawi – My Light is Your Light; the shining attire Dresses of memory from the South Korean Kim Tae-gon; the autumn leaf fall of the Venezuelan artist Magdalena Fernández showing vain transience of existence; installation named Light is Here by Finnish designer and artist Kari Kola; attraction “Pool” of the American light artist Ian Levine… 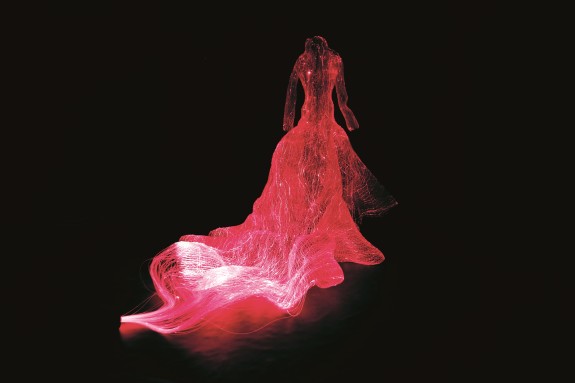 Psychedelic video projections, fancy constructions, blinking of the light strips, little people dancing, gigantic animals – even though all of this doesn't give the answer to the main question about the nature of light, it allows to track the history of the relations of each artist with this ephemeral phenomenon, which is has no space limits. Each new installation is a game with its own rules.

It allows transforming light into a consciousness of reality, taking a glance at "the other side", throwing away any fear, to bare our own soul in order to turn its luminescence into the common heritage, and, after having fully enjoyed this action, to carry away a magic ray of neon light in memory of magical performance...

DICTATOR, WHO PLAYS WITH DOLLS 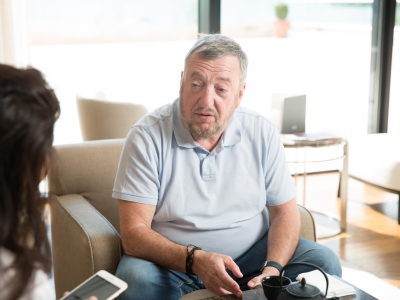